A peek at KreekCraft 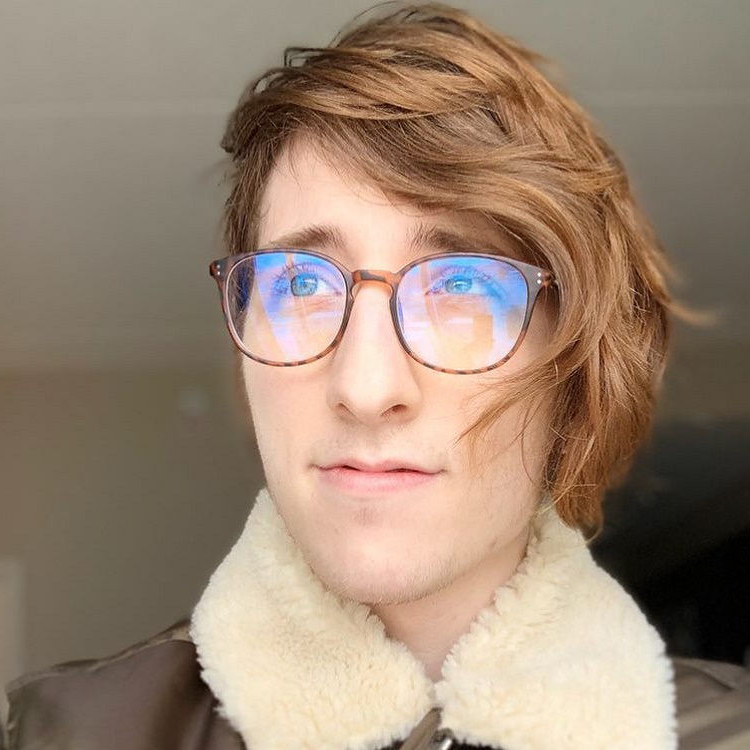 We sat down with KreekCraft to talk about his life as a YouTube gaming creator, the current state and future prospects for online gaming, and his healthy relationship with Pop-Tarts (oh, and that hat...).

Gaming creator Forrest Waldron, better known to his fans as “KreekCraft,” is having quite a year. Take his third quarter, which saw his views and subscribers increase dramatically. Earlier this month, he narrowly missed defending his 2019 Roblox Battles crown, placing a close second. (Roblox is the hugely popular global platform with immersive, user-generated 3D worlds where people create and share experiences together and second most-watched game on YouTube in 2020.) We sat down with KreekCraft to talk about his life as a YouTube gaming creator, the current state and future prospects for online gaming, and his healthy relationship with Pop-Tarts (oh, and that hat...).

How did you get started on YouTube — why gaming content, and what’s the origin of your name?

KreekCraft: After taking every computer class in school, I got into video editing on YouTube and  did that for a few years before I started my gaming channel in 2014. I had grown up watching a lot of big Minecraft YouTubers and was really into Minecraft at the time. I pretty much played video games all day long, so gaming and doing gaming videos was a natural thing.

My name is actually from a game called “World of Warcraft.” You have to create a name for your character, and I’m really bad at coming up with names. So I just hit the random name button a few times, and it came up with “Kreek.” When Minecraft came out, I started playing that, but someone had already taken the name “Kreek” on Minecraft! I got so upset, and so I added “Craft” at the end because the 14- year-old me at the time was like, “Oh, that's genius.”

And your signature hat?

KreekCraft: I started wearing the hat because I always stay up late, and I would stream early in the morning. To help me wake up. I would just throw cold water on my face and wet my hair, but  with it being winter, I didn't have time for my hair to dry. So I just put on the hat to keep warm, and over time, everyone drew me with the hat and that became my thing. The hat itself actually comes from a Kohl’s in Jacksonville, Florida — I have three of them now. My mom thought it was a Mickey Mouse hat, but the design is actually by the artist Deadmau5.

I try to be very open and honest about a lot of stuff and stay emotionally connected to my audience. One of the member perks I do with memberships is host meet-and-greets every month.”

You started out in Minecraft, and it’s still one of your primary games, but what led you to Roblox?

KreekCraft: Around 2017 or 2018, the gaming landscape on YouTube began to change. Minecraft was moving to the back burner, whereas before it was the game on YouTube. A lot of my audience started saying “We’ve done Minecraft for a long time — play Roblox.” And I’m like, “Oh my God. Guys, I'm never playing Roblox — it's not gonna happen.” And then one day I played it, but still wasn’t into it, and they're like, “No, there's some games on there you would like,” such as this game Phantom Forces. It was a shooter game similar to “Call of Duty.” It was actually pretty fun, and I’m thinking this is cool — I'll stream it every now and then. From there, Roblox kind of started taking off.

With the pandemic putting conventions and similar events on hold, what kind of changes have you made to connect with your community during the pandemic?

KreekCraft: I try to be very open and honest about a lot of stuff and stay emotionally connected to my audience. One of the member perks I do with memberships is host meet-and-greets every month. At the height of the pandemic, I did seven in a month, which are capped at 30 people. And I’ve done the same with hosting movie nights, where we watch a movie together — at the height, I was doing two movie nights a month. Everyone was at home, so you might as well find a new way to entertain people. We’d get 90 to 100 attendees for those at any given time.

You have a growing and successful Memberships business. If you could give one piece of advice to creators that haven't launched memberships yet, what would it be?

KreekCraft: Just start. Most YouTubers are used to only uploading videos and that's it. As a livestreamer, Memberships comes a little bit more naturally to me, but I would recommend starting small. Don’t do a $20-a-month tier where you're doing 50 different things. Do something small, like maybe a few dollars a month and members get a behind-the-scenes video, or here's a wallpaper, or some behind-the-scenes content — just something simple that seamlessly fits into what you're already doing.

Gaming is just going to keep growing at probably even a faster rate than it was before because of the pandemic.”

By one estimate, online gaming in the U.S. has increased more than 40% during the pandemic as users quarantined at home have been looking for social interaction. (We also saw global watch time from video game live streams grow to over 10 billion hours.) How do you think the pandemic will permanently change online gaming?

KreekCraft: With everyone home, a lot of people have started playing games while others have become true gamers. I'm sure there’ll be some dropoff once everything starts getting back to normal. But once you’ve opened a Pandora's box like that, you're not going to play games for six months and then after six months be, “Well, that's it, I don't like video games anymore.” Gaming is just going to keep growing at probably even a faster rate than it was before because of the pandemic.

On your Twitter bio, you indicate you are “Waiting for a Pop-Tarts sponsorship.” Is there light reflecting off a foil package of toaster pastries at the end of the tunnel?

KreekCraft: My entire family has always joked that one day, I'm going to be sponsored by Pop-Tarts, because growing up, I just loved Pop-Tarts. Every morning for breakfast — I'm talking since I was like three-years old — I would eat a Pop-Tart. I still eat them almost every day for breakfast. And now that I have my own house, I literally have an entire drawer that's the “Pop-Tart drawer.” So if Kellogg’s ever offers, I’m going to say “Yes.”