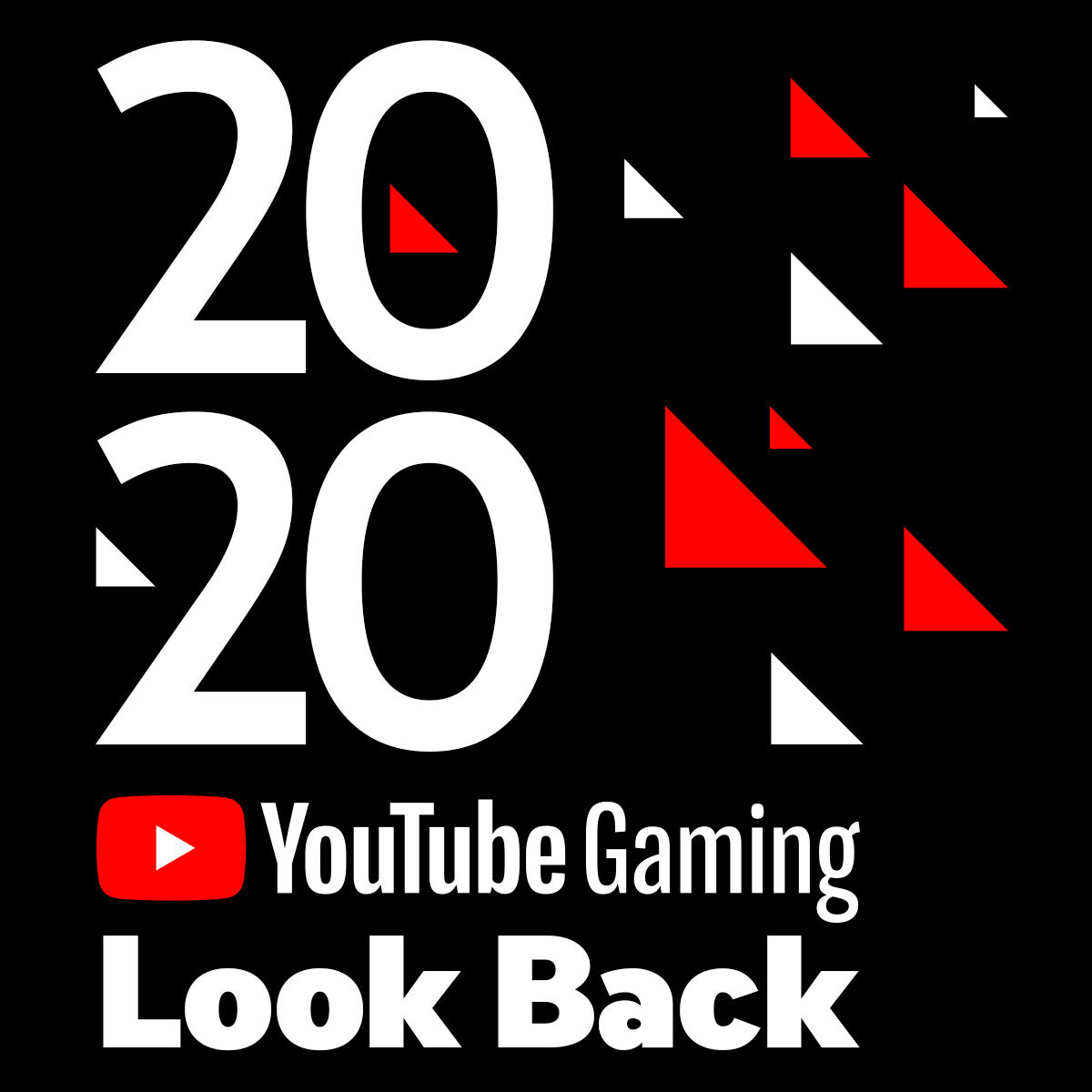 YouTube Gaming has its biggest year, ever, in 2020 with 100B watch time hours and 40M+ active gaming channels. Here, we break down the moments that defined gaming this year.

The world has faced its share of challenges in 2020. Despite the ups and down, many have turned to gaming on YouTube as a way to find connection, entertainment, and to share moments with friends and loved ones during these trying times. Through it all, we’ve connected even more deeply with gaming creators — some even had their biggest year ever on YouTube in 2020.

In fact, there has never been a better time to be a YouTube Gaming creator:

As the year comes to an end, we’re reflecting on the moments, creators and trends that defined gaming on YouTube in 2020.”

We now have over 40 million active gaming channels and, globally, there were over 100 billion hours of gaming content watched on YouTube. (That’s like traveling to Neptune and back 475,000 times.) And live streaming on YouTube had an incredible year: We saw watch time from video game live streams grow to over 10 billion hours. Creators like LazarBeam, Lyna, MortaL, CouRage, TheDonato and Typical Gamer are streaming exclusively on YouTube, and we’ve seen Valkyrae grow to become one of the biggest female live streamers across all platforms since she started streaming exclusively on YouTube.

As the year comes to an end, we’re reflecting on the moments, creators and trends that defined gaming on YouTube in 2020. We came together for good, as creators like Rooster Teeth, TheDonato and CoryxKenshin used their voices and channels to benefit COVID-19 relief efforts and more. This year, we also hosted five YouTube Gaming charity tournaments in Mexico, the United States and Europe to benefit COVID-19 relief efforts.

And while we couldn't get together in person, we were still able to share communal experiences virtually. We met digitally for in-game concerts like Travis Scott’s in Fortnite; major announcements for the year’s newest consoles; and YouTube became the key destination for major esports tournaments around the world, such as the Call of Duty League, Valorant First Strike, Arena of Valor International Championship, ESL's Counter-Strike Pro League, Overwatch League, League of Legends Worlds, Free Fire League Championship, and many more!

And you’ve done it all on YouTube. As the year comes to an end, let’s take a look back at the games, creators, moments and trends that brought us together even closer on YouTube. 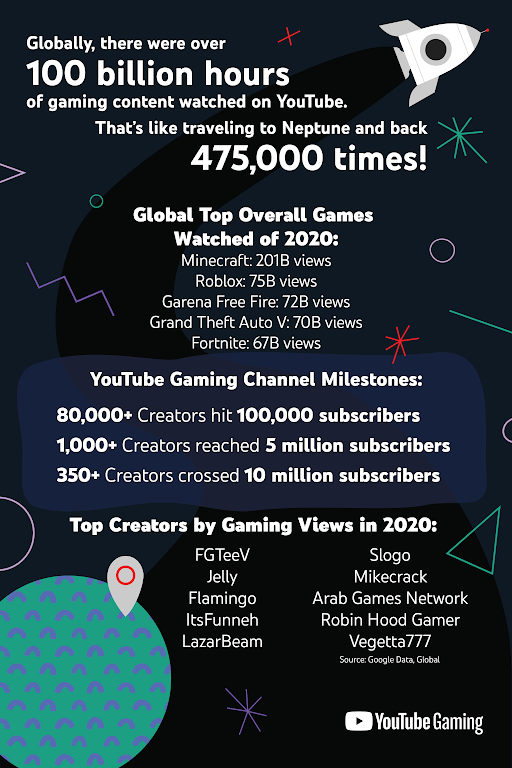 We’ve also seen gaming creators give back in incredible ways this year.”

Creators across the board have seen massive increases in subscribers, audiences and viewership throughout 2020. One incredible example of growth in 2020 is Minecraft content creator Dream, who saw channel subscriptions surge from 1 million in January 2020 to over 13 million by October the same year. The channel’s speedrunning series drew in tens of millions of views each.

We’ve also seen gaming creators give back in incredible ways this year. The gaming community has always been willing to lend a helping hand when needed. This year, many of YouTube’s gaming creators and partnership tournaments raised awareness and money for several causes, including:

Top creators by gaming views in 2020:

Breakout creators of 2020 (in no particular order):

Top live streamers by views of 2020 (in no particular order):

This year, we’ve seen an uptick in live gaming streams, which accounted for more than 10 billion watch time hours.”

This year, we’ve seen an uptick in live gaming streams, which accounted for more than 10 billion watch time hours. And we’ve seen creators like Dream and TheFamousFilms, and publishers like Supercell and PlayStation use Premieres to generate excitement in advance of major announcements, enabling fans to virtually gather, engage, and enjoy a shared experience together. Earlier this year, the team behind Brawl Stars organized a community event, "Brawl Stars: Brawl Talk - Summer of Monsters!," which attracted over 750,000 peak concurrent viewers and is one of the most-watched gaming-related YouTube Premieres video to date.

But let’s not forget our immense library of VOD content. Below we’ve broken out some of the most-viewed and and most-liked videos from 2020, which come from creators around the globe.

Here’s a look at some of the memorable content we saw this year:

Some of the biggest live events and Premieres of 2020:

So, cheers to all of you who made YouTube your home for gaming in 2020. We can’t wait to bring you even more great content and new features in 2021. Stay safe and see you in the new year!