Then and now: creating 'Life in a Day'

Then and now: creating 'Life in a Day' 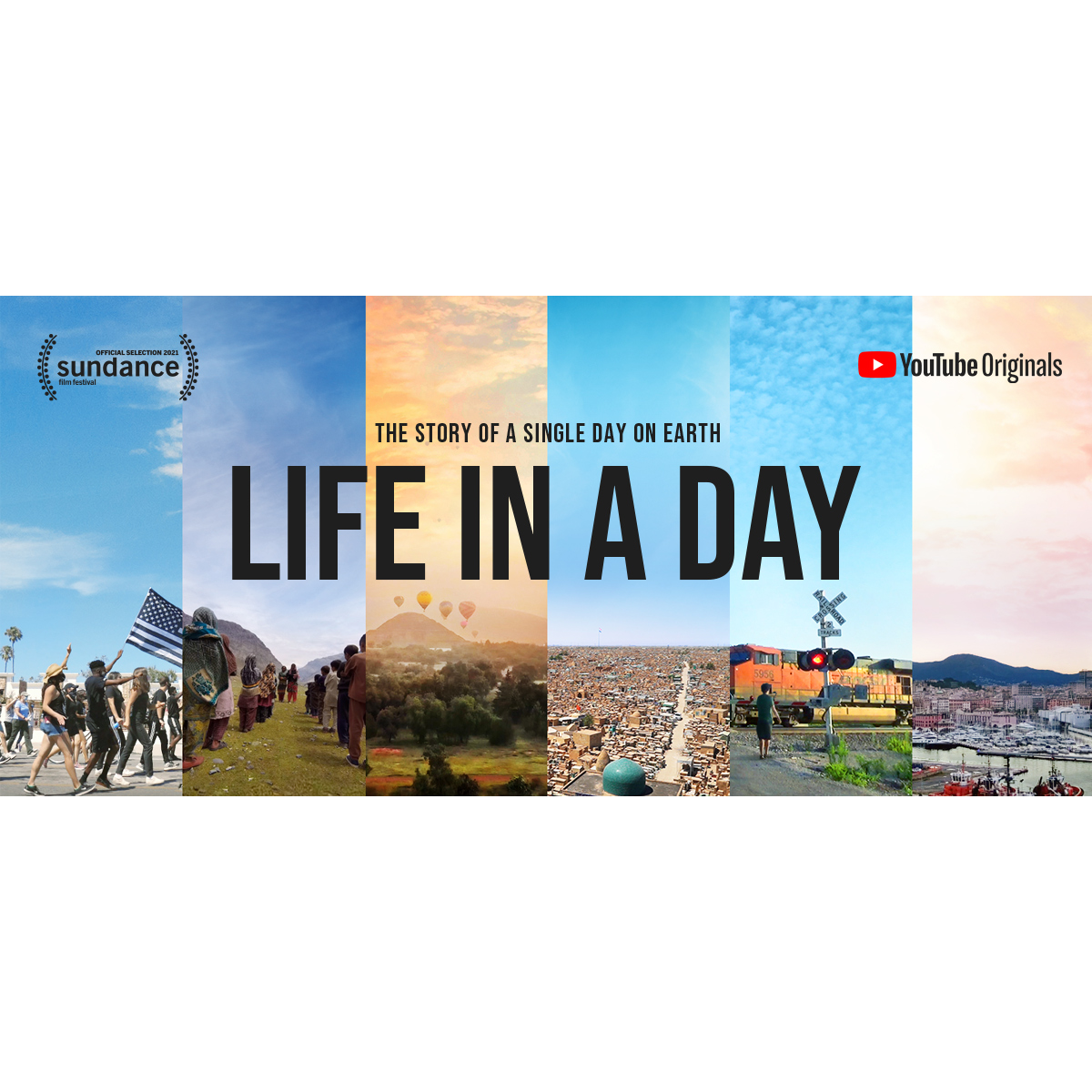 A photographer walking through Kabul, Afghanistan, looking for a good shot. A woman having a virtual date night with her husband while he serves overseas in the U.S. army. A boy named Sasha’s first shave. Three Angolan women singing as they work to produce corn flour.

These seemingly disparate moments were all part of the same day in July 2010. From a Googler’s scrappy pitch to 80,000 video submissions from people around the world came "Life in a Day." It was the biggest crowdsourced feature film ever made, directed by Kevin Macdonald and executive produced by Ridley Scott. The film premiered at the Sundance Film Festival and has received over 17 million views to date on YouTube.

Now, a decade later, the same team set out to create another global time capsule: this time, with a dedicated YouTube Originals team at the helm, and more than 324,000 submissions to document one of the most noteworthy years in recent history. (We’re talking, of course, about 2020.)

We sat down for a conversation with YouTube’s Director of Marketing, Sara Pollack, and producer Jack Arbuthnott to reflect on making the two films.

Jack: Let’s take this back to the beginning. Sara, remind me where this all started?

Sara: In 2009, Tim Partridge, a former Googler, came up with the concept of a global crowdsourced documentary—at the time it was called “A Day in the Life of the World.” Shortly after, Tim joined my team, and we built out a small team and partnered with Scott Free Films, a production company out of London, to make it happen.

Jack: And that’s when I got involved! The idea that Tim pitched, of having this lens on the whole world together on one day, was very winning. But we really had no idea if it was possible—technically or creatively—to make a wonderful, cohesive film made from thousands of disparate clips shot on different quality devices, with no guiding narrative. The project needed a singular vision and the ability to synthesise reality into cinema. We immediately approached Kevin Macdonald. 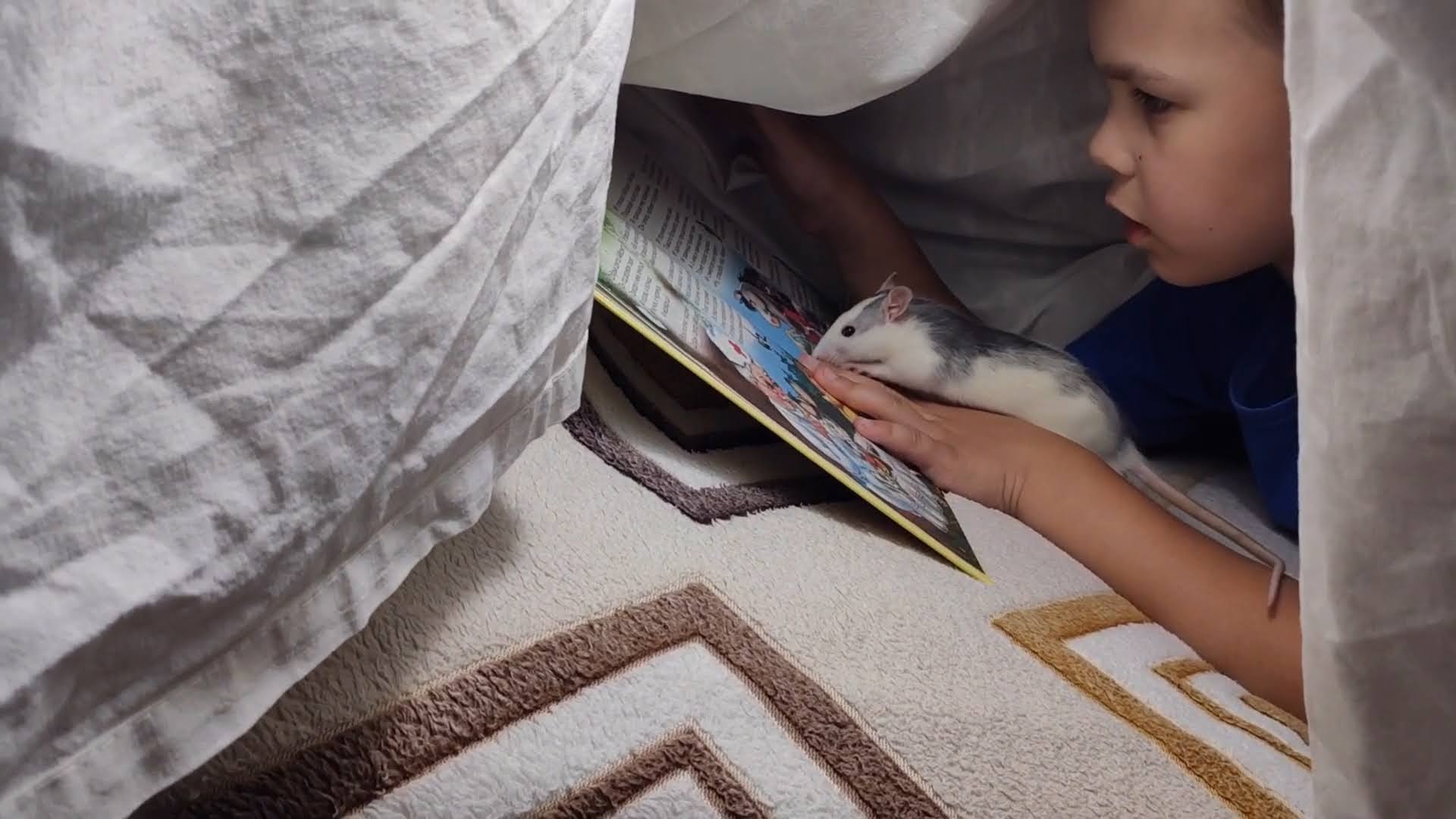 A boy in Omsk, Russia, reading with his pet rat, Rex, on July 25, 2020. Together with his mother Mariia, who submitted the footage, he spends his days conducting science experiments and reading about outer space.

Sara: YouTube was only five years old at the time, and still getting over the hump of being thought of exclusively as a platform for dogs on skateboards, silly home videos, etc. This was a big opportunity for us to show how YouTube could be used for creative storytelling, and how we could bring the world together in that pursuit. Creating a film with Ridley Scott and Kevin Macdonald, and screening it at the Sundance Film Festival, was all pretty uncharted territory.

Jack: This definitely felt radical at the time. It also felt really important that everyone who was a part of the film got to be a part of that first experience. So when the 2010 film premiered at Sundance, they took a leap and let us live stream the premiere from the event in Park City, Utah, so anyone in the world could watch it together.

Sara: It’s kind of ironic now that most entertainment experiences are happening virtually, and our 2020 film had its premiere in the first all-virtual Sundance. Jack, what were some of the other standout changes for you in terms of production?

Jack: The change over only 10 years has been extraordinary. The industry itself has transformed entirely, and most people now see films by streaming them. But also, the way we made the film this time around was different. Crowdsourcing, reviewing, tagging and editing down the 80,000 videos from 2010 was a complete nightmare. Ten years later, with four times as many clips, working remotely, and with vastly more file formats, we were able to address every deficiency and create a really seamless system. We became entirely reliant on Google Cloud Services, as we began to realise quite how much it could do— and with such delicious scalability! We used machine learning to categorize and tag submissions, and for translation. We stored everything in the cloud. The editors could search for anything and find it instantaneously.

Sara: Shout out to Google Cloud! Thank you for the support!

Jack: It’s true! It really was a game changer. We also used Google technology in creating the score. In 2010, one of the composers, Matthew Herbert, asked everyone to submit a breath and a clap. This time, he used Google AI to parse every submission we received— and there are elements of the score derived from every single video. Matthew also extracted over 26,000 different dog barks, to create a kind of dog bark piano, amongst other strange feats.

Sara: That will never stop being cool for me. It was also great to bring everyone back together for another project. Kevin, Ridley, Sundance—even Tim Partridge was back with us again, albeit this time as a producer working from his own creative agency. We also had the opportunity to add more in-house expertise this time around, as the 2020 film is officially a YouTube Originals film, which didn’t exist when we made the first one. The 2020 film benefited from the fresh perspective added by Susanne Daniels (Global Head of Original Content), Alex Piper (Head of Unscripted) and the entire YouTube Originals team with Nicole Emanuele leading as the development executive.

Jack: And some of the contributors! It was amazing to have some of them return and show the ten year time jump. So much so, that we created an additional segment focused on them.

Sara: Yes! YouTube Premium subscribers have access to bonus content including “Then and Now,” which shows contributors from the original film and where they were in 2020. It also includes some scenes that didn’t make the final cut for the second Life in a Day, but are remarkable nonetheless.

Sara: There’s also this deep connection you’re able to build with the contributors in the film. It’s easy to get attached to the people, so it felt really good that we had quite a few folks from the 2010 film return for 2020. You see Taiji Aikawa, the little boy from Japan, all grown up. There’s also some sadness; Suzanne Lucas shares in the 2020 film that her son Alex, who appeared in the first film, passed away from COVID-19 last February, at only 23 years old. The 2020 film is dedicated to his memory.

Jack: This year, there is definitely a different tone and range of emotions in the film. A lot has happened in the world over the last decade, and particularly over the last year. It truly felt like the perfect time to revisit this project and let people share their stories. Let’s do it again in 10 years!