Justin Bieber’s ‘Live From Paris’ concert special is happening tonight, only on YouTube

Justin Bieber’s ‘Live From Paris’ concert special is happening tonight, only on YouTube 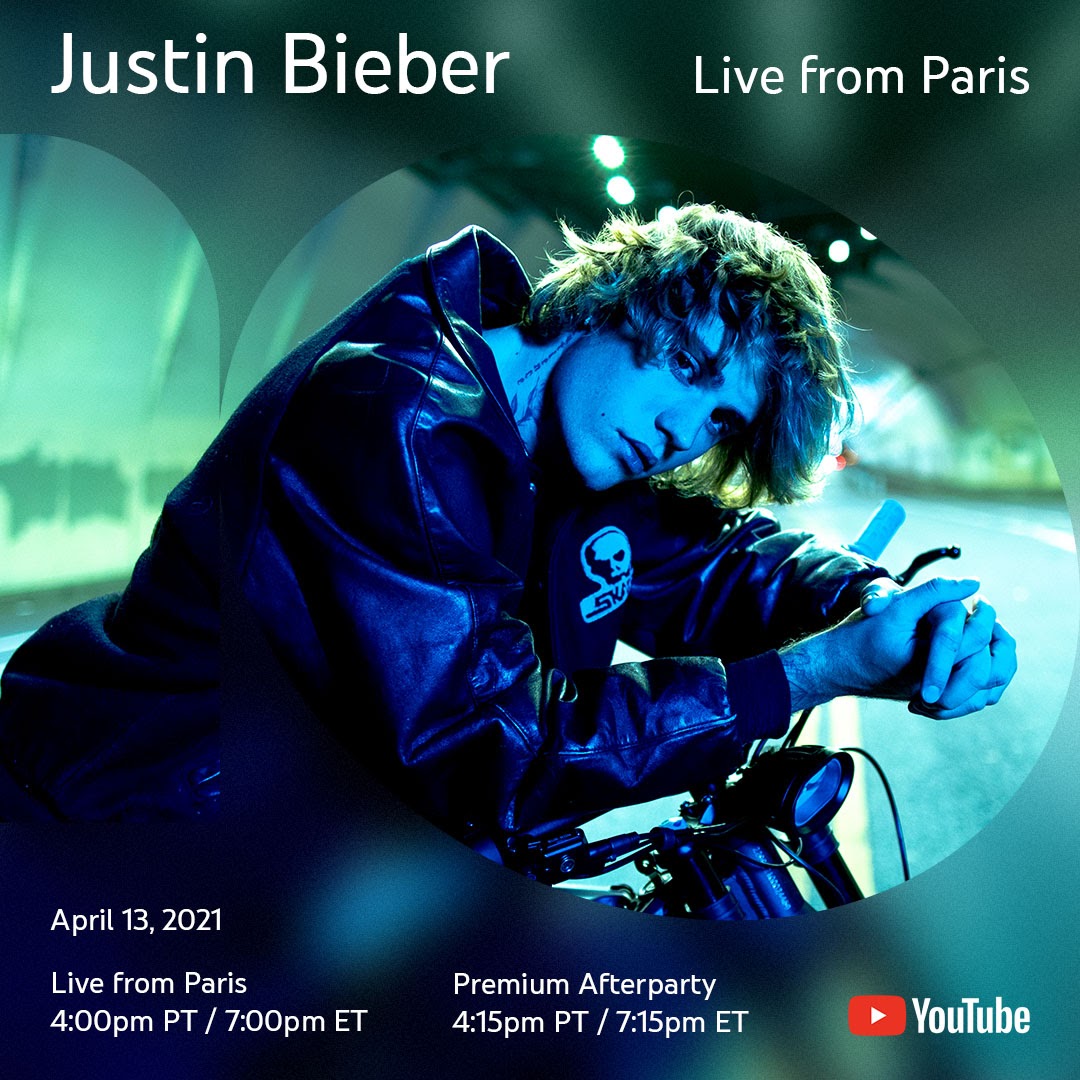 The live stream concert special will feature first-time performances from his eighth #1 studio album, “JUSTICE.” Plus, an exclusive afterparty for his YouTube Premium Fans.

Tonight, Grammy® Award-winning global superstar and the #1 most-subscribed-to artist on YouTube, Justin Bieber,will be performing songs from his #1 album, “JUSTICE” for the first time on his “Live from Paris” concert special. Fans from across the globe will be able to watch “Live from Paris” premiere exclusively on Bieber’s Official YouTube Channel starting at 7 p.m. ET. Following the performance, he will host an afterparty for his YouTube Premium fans.

From the lush ruins of a vacant yet majestic Parisian hotel, Justin Bieber brings, “JUSTICE” to life with five stunning performances — four of which are live debuts. With fans yearning to see Bieber perform live, the special will bring them directly into his world and give them an intimate glimpse of how this powerful new album sounds, live from the stage. During the exclusive afterparty, Bieber will talk about his new music and experience performing most of the songs live, for the first time.

With over 62 million subscribers on his Official Artist Channel and eight videos with over 1 billion views, Bieber continues his reign as the #1 most-subscribed-to artist on YouTube. He has earned over 5 billion views over the past 12 months alone; and his current single, “Peaches,” has charted on YouTube in over 50 markets worldwide.