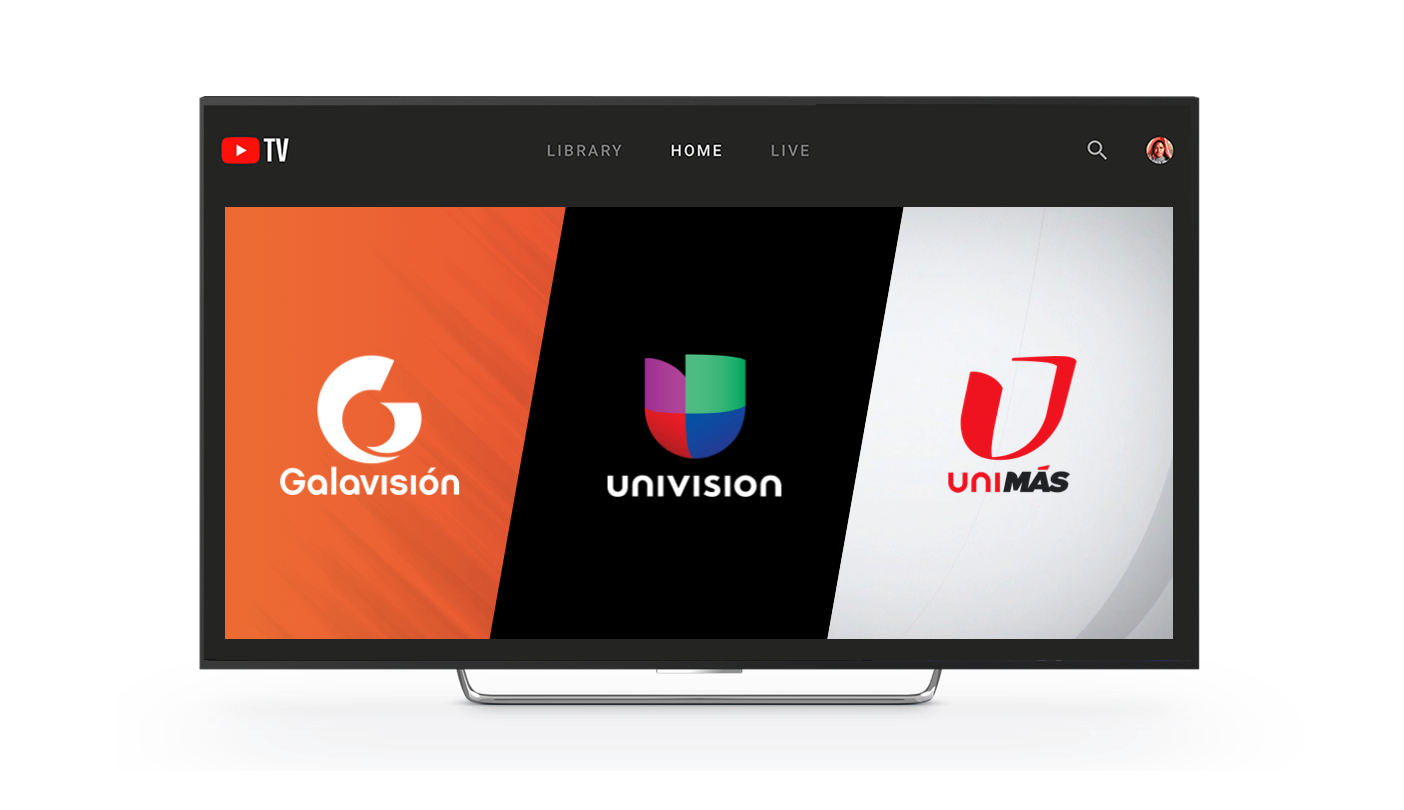 Today, we’re expanding our YouTube TV base membership to include three new networks from Univision, plus previewing a new add-on package for members who want to access even more Spanish-language content.

Since launching YouTube TV, we’ve listened to your feedback and added highly-requested networks to ensure our service offers content for everyone in your family. With more than 85 live channels to choose from, YouTube TV already delivers a robust line-up of networks—from local coverage with FOX, ABC, CBS and NBC and PBS, to entertainment networks like Discovery and ViacomCBS, to Spanish-language networks Universo and Telemundo.

Read on for more details about what’s launching today.

Plus, Latin Music’s biggest night is just around the corner - the 22nd Annual Latin GRAMMY Awards are set to take place on Thursday, November 18, promising to be a memorable night with special moments and performances from your favorite artists.

Soccer fans - we have you covered, too. Make sure to catch the Campeones Cup on Wednesday, September 29 for the annual clash between the champions of MLS and Liga MX, or ongoing match-ups from Liga MX, UEFA Champions League, MLS and the Mexican National Team.

Coming soon: add-on options to get even more Spanish-language content

And for members who want even more of your favorite Spanish-language content, in the coming months we’ll be introducing a new add-on package that includes more networks for an additional cost each month, like Sony Cine, CNN Español, Discovery en Español, Estrella TV, Cinelatino, Fox Deportes, and many more. We’ll share more, including a full list of networks included and the cost of the new add-on, as we get closer to its launch.

Separately, in the coming weeks we’ll introduce Pantaya as a new add-on network for YouTube TV, which will be available for an additional $5.99/month. That means you can watch the best and latest Spanish-language movies and exclusive original series, all on-demand.

We’re thrilled to expand our lineup of diverse content for our YouTube TV members, and can’t wait for you to watch.