The fight for racial justice marches on 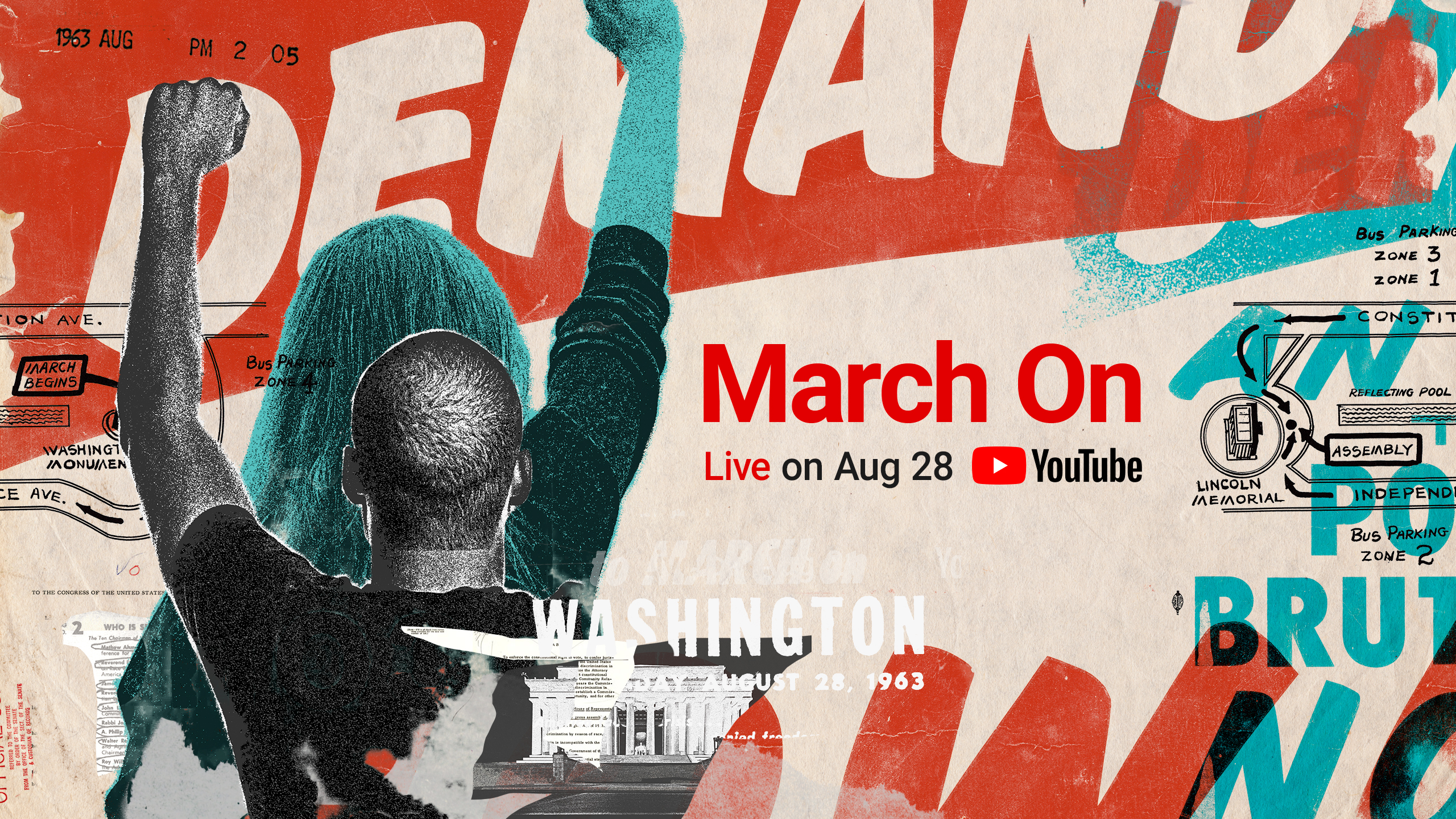 Across YouTube today, you’ll see ways to learn more about racial justice: Explore the rich history of the civil rights movement, join in the Commitment March from home, and be inspired by the songs and stories of changemakers.

57 years ago today, Dr. Martin Luther King Jr. led the Great March on Washington in support of civil rights. Hundreds of thousands of people gathered in front of the Lincoln Memorial to hear Dr. King and the other movement leaders describe the dream of an end to systemic racism and white supremacy in the United States, in one of the most famous speeches in American history.

It has now been six decades since that speech, and we are in another movement for racial justice that brings us closer to Dr. King’s dream.

Today, we remember civil rights leaders, such as John Lewis, Philip Randolph, Rosa Parks and Roy Wilkins. They fought for change all those years ago, and we march alongside those who are fighting for change right now.

Across YouTube today, you’ll see ways to learn more about racial justice: Explore the rich history of the civil rights movement, join in the Commitment March from home, and be inspired by the songs and stories of changemakers.

We have collected some of the seminal moments from the march in our playlist The History of the March on Washington, where you can revisit the speeches and hear from the leaders of the movement.

John Lewis was just 23 years old when he addressed the crowd. Here, he shares his perspective on that moment:

Within YouTube Music, you’ll see a shelf presenting our newly rebranded programmed playlist, “Freedom Songs.” This programmed playlist includes powerful anthems of joy, protest and hope featuring an eclectic assembly of past and present artists such as Beyonce, Marvin Gaye, and Prince.

When navigating to the Music destination on YouTube, you’ll be introduced to a March On banner that will redirect you to our livestream of the Commitment March. Also, on the page, you’ll notice new shelves highlighting “The History of the March on Washington collection as well as the “Freedom Songs” playlist.

As a part of this moment, Robert Glasper has released a new song titled “Better Than I Imagined” featuring H.E.R. and Meshell Ndegeocello, which he will be performing live alongside bassist Derrick Hodge at the Commitment March.

Starting at 11 am ET, the Commitment March will live stream on the National Action Network’s channel. This day of action — in support of criminal justice reform — will feature remarks from the Rev. Al Sharpton and alongside Martin Luther King III.

We remember Dr. King’s dream. But we must also remember his call to justice:

Join together with us today to learn, to recognize the progress we have made, and to continue the march towards racial justice.