100th Anniversary of the Tulsa Massacre: A conversation with Cord Jefferson

100th Anniversary of the Tulsa Massacre: A conversation with Cord Jefferson 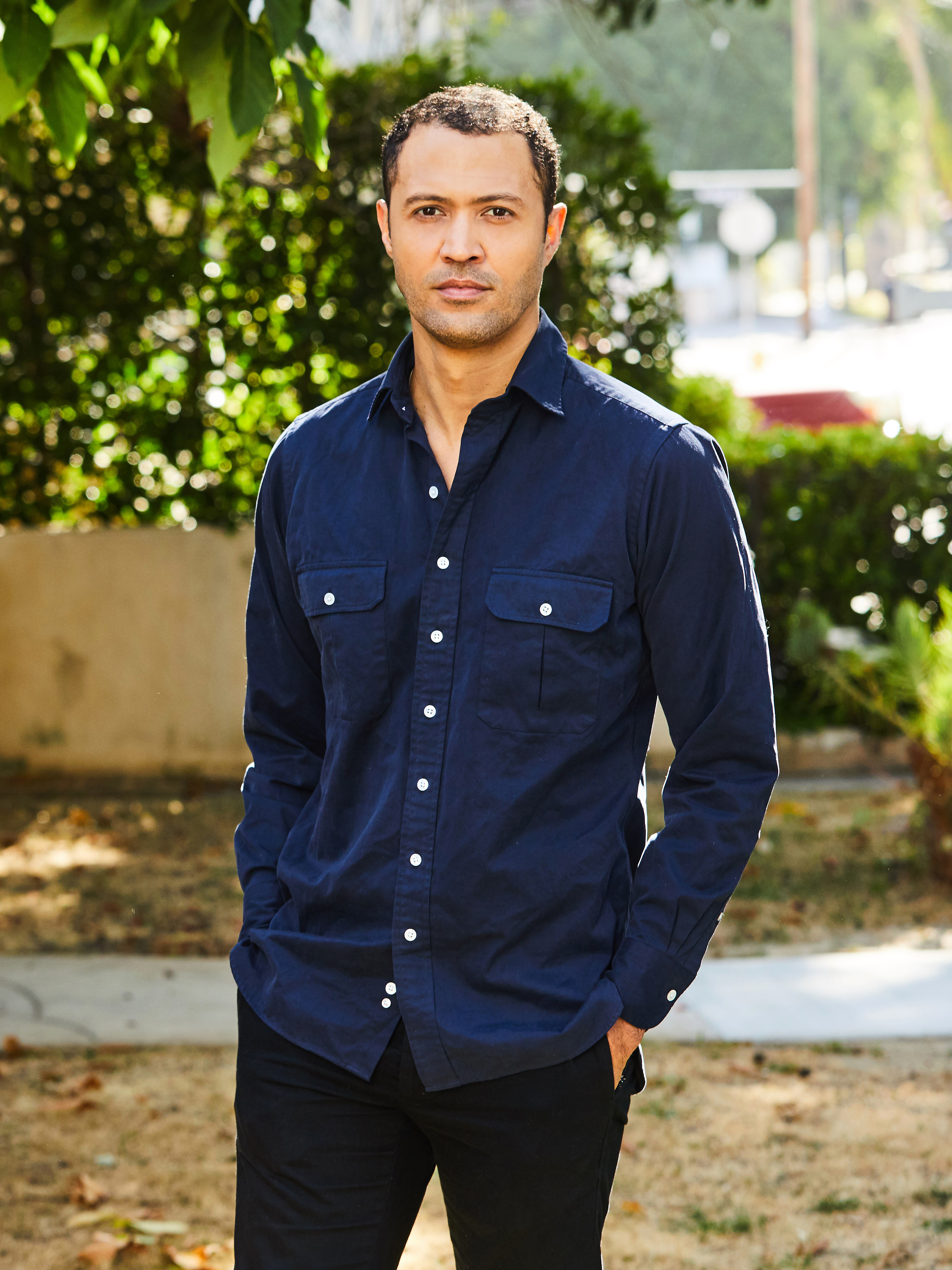 Cord Jefferson is a celebrated television writer whose work is often cited by YouTube creators as inspiration to expand the storytelling landscape in new ways.

Cord won an Emmy for his writing on “Watchmen,” the critically acclaimed HBO superhero drama that centered the 1921 Tulsa Massacre as a critical plot point. On the 100th anniversary of the Tulsa Massacre, YouTube’s Malika Saada Saar sat down (virtually) with Cord to discuss the lines between history and fictional representation, the impact of generational trauma and the power of culture to educate and inspire.

The following interview has been edited for length and clarity.

Cord, we are so grateful for your time today. The conversation around “Watchmen” has focused a lot on the series’ inclusion of the Tulsa Massacre as a central part of the story. Can you talk a bit about why the decision was made to focus on Tulsa and how that shaped the narrative of the show?

Cord: The credit for that choice really goes to Damon Lindelof, who created the show.  He read Ta-Nehisi Coates’ piece “The Case for Reparations” in The Atlantic, and despite being an incredibly well-read and well-educated guy, he realized he had never heard of the Tulsa Massacre before. He talked about it with friends and colleagues and realized that many people had never heard of it, either. When he came to look at adapting “Watchmen,” he was considering how to use a new lens on American history to create a fresh perspective on this comic book series from the 1980s. So we started to look at how to marry a real part of history that was largely unknown to so many people into this piece of genre fiction. We didn’t know that it would end up being the opening of the pilot episode of the show.

Were there any concerns about opening the show with the Tulsa Massacre?

Cord: There was a bit of fear, because there were so many eyeballs on this project, and “Watchmen” is such a beloved text for so many people. We knew that people were going to tune in expecting superheroes and instead we gave them a brutal, graphic depiction of a horrible moment in American history. It was actually a great introduction to the show -- you have people expecting one thing and give them another. It’s perhaps a bit polarizing, but that can be a good thing. People having different opinions can mean you’re on to something.

And at the premiere of that episode, there was a spike in searches on Google for “Tulsa Massacre.” That conversation was beginning.

Cord: “Watchmen” didn’t trend on Twitter that night, but “Tulsa” did. My friends were texting me to ask, “Is this real? Did you make this up? Were people really throwing fire bombs from the airplanes?” That was an important piece of it for us -- we wanted to make sure that the incidences of violence were not fabricated and everything we showed we could reference back to a book or an eyewitness account. The spike in Google searches was amazing, if a little scary. It is gratifying that we were able to expose people to that reality.

It shows the power of culture to educate people. I remember President Obama talking about the need to tell stories about people who have been previously incarcerated as a means to encourage criminal justice reform, and he said “culture eats politics for breakfast every day.” How do you think about using culture and the public square as a way of sharing this denied part of our history?

Cord: I wish that the Tulsa Massacre was being taught more in America’s public education system. It should be part of the curriculum. I’m not going to take credit for things that happened after “Watchmen,” but after our show, the state of Oklahoma finally made it mandatory to teach about the Tulsa Massacre in high school. “Watchmen” isn’t solely responsible for that, but I do believe that fiction helps to move the needle. I’m incredibly proud if our show helped to expose more people to this dark chapter and to step in with my colleagues to try and fill in some blind spots. But TV shouldn’t take the place of the public school system -- most Americans do not have access to HBO, but most children have access to the public school system.

When it comes to racial violence and generational trauma, part of what white supremacy does is mask and hide the violence that has been done and because of that, there is no way to heal properly. Can you talk a bit about how that played out between the characters of Angela and the man she discovers is her grandfather, Will? In the episode you won an Emmy for, “This Extraordinary Being,” we discover Will’s back story as a superhero through Angela’s eyes as she experiences Will’s memories in a lucid dream.

Cord: There is a famous quote from Malcolm X that talks about the knife in your back -- that you can’t remove the knife and heal if they won’t even acknowledge that the knife is there. I related to the generational trauma between Angela and Will through my own father. My father wasn’t a victim of racial violence the way that Will is in the show, but my father went to Vietnam and came back with very serious PTSD. At the time, this condition didn’t have a name; they just called it “shellshock.” He did his best to white-knuckle through the worst of it, but he never saw a therapist and never had psychiatric treatment. Now, 50 years later, he’s coming to terms with how much of an impact Vietnam had on him, and I’m looking at how much Vietnam had an impact on my relationship with him. He was always closed off, there was something simmering below but he never talked about it. As a result, I grew up with resentment. He and I are now in family therapy together, and we’re learning about how much of our issues belong to the trauma that was inflicted on him in Vietnam.

I was thinking about all of this while I was writing that episode. I imagined what it would be like if I could see my dad when he was 22 years old as a scared kid on a boat to Vietnam, and how differently I would feel about him if I could see that. And through the process of writing this episode, my anger towards him melted away and I understood he was a young man doing what he thought he was supposed to do for his country, and then he came back and no one helped him. These are the themes of that episode -- how the things that affected us in the past affect us still in the future, and affect the generations down the line. It’s something people don’t talk about in this country, especially when it comes to Black people. People say, “Slavery was 400 years ago, why can’t you get over it?” You can’t because there are still repercussions in America today. I can see how that intergenerational trauma from slavery and Jim Crow laws still play out today and have an effect on Black Americans.

This was one of the most important and exciting themes we addressed in the show. The only way you are going to heal from something is to address it and acknowledge it, and take some direct action against it. Unfortunately there are huge swathes of people trying to banish discussions of race in school, banish things like the 1619 Project, who want to erase our past. But if we want to heal, at a bare minimum we need to acknowledge it.

With today marking the 100th anniversary of the massacre, can you share with us some of the resources you have used to learn more about Tulsa? There are a lot of resources on YouTube, like Vox’s The massacre of Tulsa's "Black Wall Street" or the Tulsa Public Schools’ multi-part series Tulsa Race Massacre, but what are your go-to sources?

Cord: Two key sources I would recommend are The Burning: The Tulsa Race Massacre of 1921, by Tim Madigan, and The Case for Reparations by Ta-Nehisi Coates.

But it’s important to realize that Tulsa was not a unique incident -- I’d encourage folks to look into the Rosewood massacre, any number of other episodes of racial violence in America’s history. People might be shocked to learn that Tulsa wasn’t a one-time thing and then everything got better. There was a series of these terrorist attacks around the country for decades. There’s more out there to keep learning about to help you understand America’s history. The key to growth is acknowledging these things in the first place. It’s to our peril if we don’t.