Why people are wild about Harry Styles’ sweater 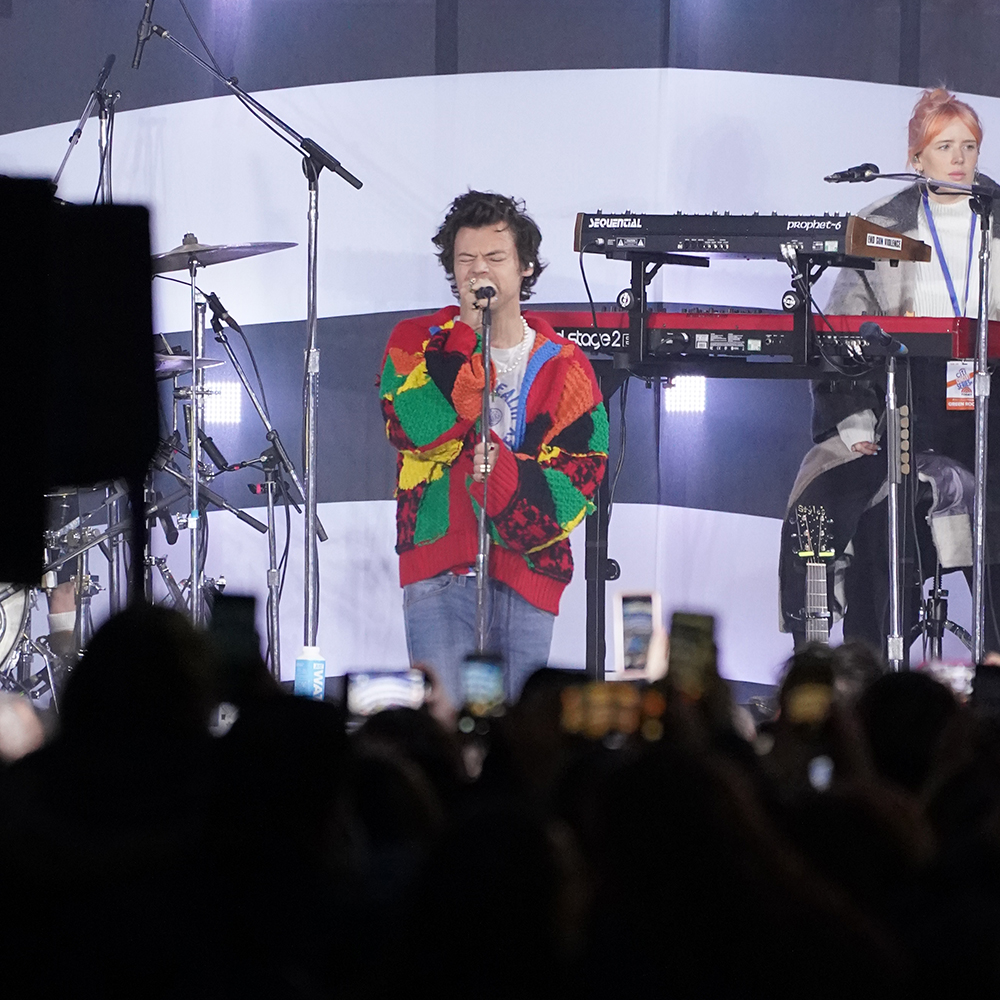 The singer's cardigan inspired creators to pick up their knitting needles and video cameras.

Months before Harry Styles ignited conversation over his latest photoshoot in Vogue, he captivated the world with an eye-catching cardigan sweater.

It all began innocently enough last February when the singer wore a thick, multi-colored sweater during a rehearsal for an appearance on The Today Show. Its unusual color patterns and bulky dimensions aside, this was no ordinary sweater: The chic JW Anderson piece currently commands $1,890 at retail. But it wasn’t until June that creators picked up their knitting needles to recreate the relatively simple design and sent viral videos in one direction.

During quarantine this year, a faction of millennials and Generation Z’ers, known as the  craftcore community, picked up yarn arts to pass the time...so it was only a matter of time before reproducing Harry’s sweater became a sign of the times. Creator Anna Kallajian’s recreation of the garment back in July currently ranks as the most-viewed video in this category on YouTube. When she originally posted it, her channel was home to only eight videos. As of this writing, her instructional video boasts more than 710,000 views. Kallajian confesses that she is no expert knitter, and that while many consider the project easy, she did cry once during its making. (Although we are guessing it was far fewer tears shed by audiences at an average concert by the sweater’s most iconic wearer.)

While the majority of these videos are in English, the tutorials have also gone international. There are videos from all over the world in Spanish, Turkish, Portuguese and French. Unsurprisingly, the sweater has inspired other creators to run with their own takes on the chunky wonder. For instance, creator Leanna Yuan took Harry and his multi-colored dream cardigan and infused it with a blue and teal color palette, while Sophia Gao threw in some maroon and melon patches in her version.

Naturally, JW Anderson soon became aware of the trend. However, rather than criticize and discourage the making of the sweater as opposed to buying it, they hopped on the bandwagon. Surprisingly, the fashion brand put out their own pattern PDF file as a free download, and they took it a step further with their own official tutorial. Since its debut in August, the video has received over 595,000 views.

For the top-viewed videos, creators adopted three basic approaches: the quick gloss-over, short walk-through, and the long step-by-step series. Leanna Yuan’s aforementioned video presented her video in a rapid, diary-style log, in contrast to Brunaticality’s manageable hour-long video and To Be So Kat’s detailed 31-part series for absolute beginners.

Sweater weather is here. Is this the perfect time to make Harry’s sweater? We’re waiting on pins and needles for the answer!