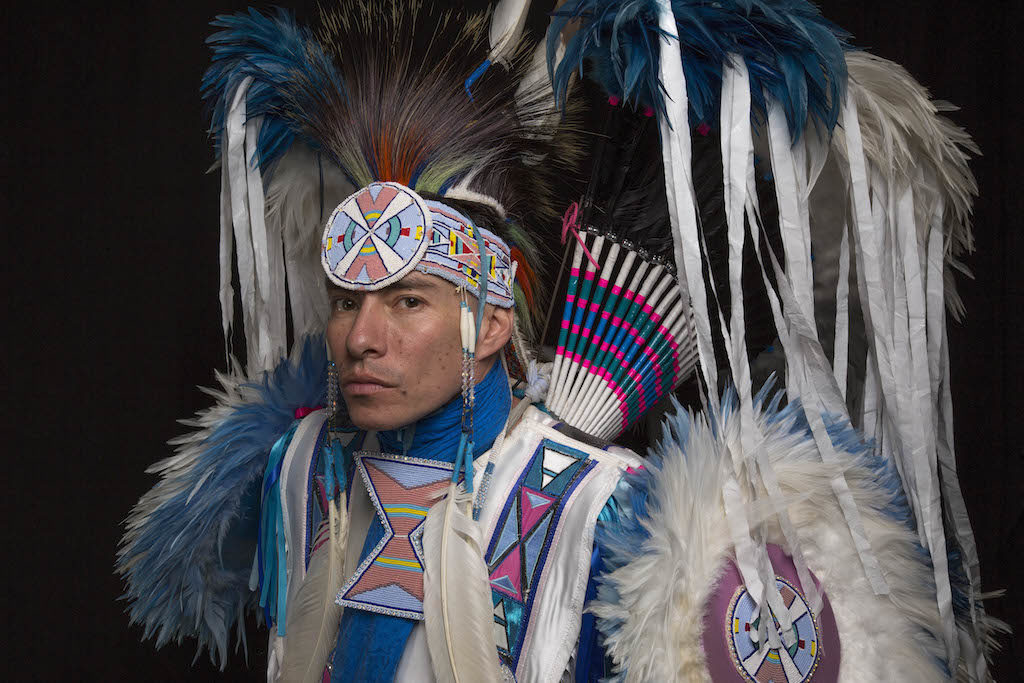 Mixing hip hop and Native culture, Supaman is on a mission to empower marginalized artists everywhere.

“ In the Native community, we have this thing called the 'Red Road.' It means making good decisions, being humble, and following a better path. My love of hip hop became my Red Road.”

Raised on a reservation in Montana, Christian Parrish Takes the Gun of the Apsáalooke Nation (better known by his rap name, Supaman) experienced many stark realities first-hand. Several of his family members struggled with alcoholism, and he lived in foster care for a time. Then, when Supaman was 10 years old, his father died by suicide. Shaken by the loss, Supaman’s mother committed to sobriety. “When I saw her take that action, I said, ‘I’m gonna be like my mom,” says Supaman. “That’s when I started taking steps to live a positive life.”

It was around this time that Supaman discovered rap music, connecting with its messages of fighting the power and overcoming oppression. “In the Native community, we have this thing called the ‘Red Road,’” he says. “It means making good decisions, being humble, and following a better path. My love of hip hop became my Red Road.” 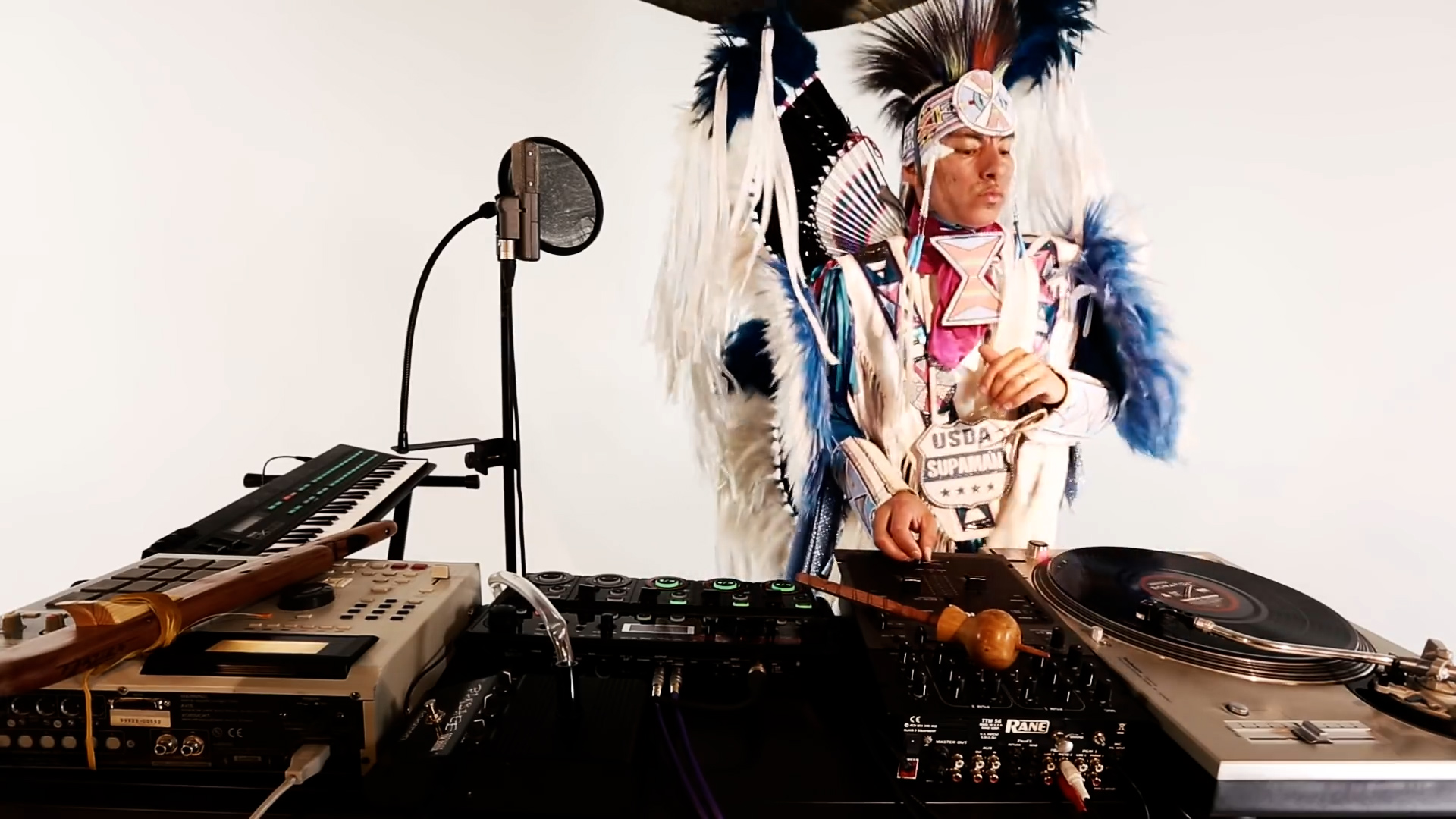 In his early 20s, Supaman became an emcee himself, writing music from a Native perspective. He started performing at small events throughout the state, including at schools where he spread hope and encouragement to Native children. “[My music is about] celebrating diversity and bringing people together,” he says.

At one event, the coordinator asked Supaman if he could perform some of his traditional Native dances and hip-hop music with the kids. Following the Native part of the performance, Supaman didn’t have time to change from his regalia into his hip-hop outfit, so he performed the hip-hop portion in his traditional attire. Afterwards, one of the elders approached him to praise his performance. “He said, ‘That was powerful. You showed them that you were proud to be Native, and [the young people] listened because you were speaking their language [of hip hop],’” Supaman says. 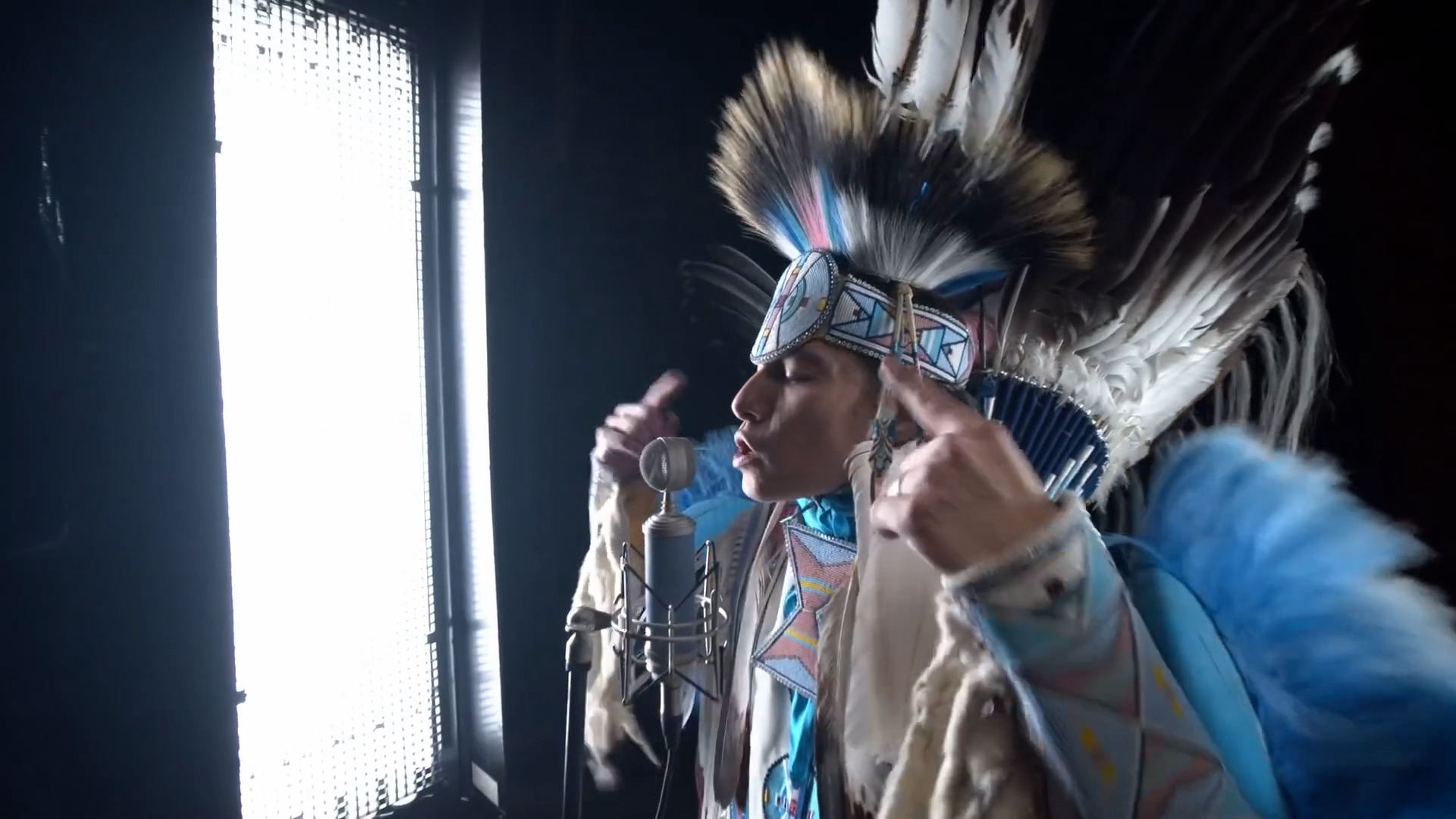 The encounter motivated Supaman to incorporate more elements of his Native American heritage into his hip hop. About five years ago, he created a video called Prayer Loop Song. In the video, he beatboxes and raps while wearing his regalia. When he put the video on YouTube, it went viral. Schools and organizations from across the country began reaching out to ask Supaman to perform at their events. “YouTube gave me a platform to share that creative idea... and to reach people with positive messaging,” Supaman says. He began monetizing his channel, which helped him support his family as he continued to make more music.

Today, Supaman estimates that more than half of the bookings he receives happen because people saw him on YouTube. “YouTube became my marketing and advertising company,” he says. “[My career] wouldn’t be at the level it is now without YouTube. It allowed me to expand beyond my own community... instead of driving to my gigs, I started having to fly to them across the country.” These days, he says that at least 50% of his revenue can be attributed directly or indirectly to YouTube.

“ YouTube has given me the platform to promote other Native artists and dancers who might not have been heard or seen otherwise.”

In 2017, Supaman received an MTV VMA award for “Best Fight Against the System” for his work with a collective of Native artists during the time of Standing Rock. Currently, he’s working on a new music project with 100% of the proceeds going towards scholarships for local Native American youth and marginalized women of color. “The most marginalized people are women of color,” he says. “I want to help other people from my reservation.”

In addition to financial support, Supaman also wants to give other marginalized artists an opportunity. “In our culture, we have this thing called good medicine,” he says. “It’s when somebody is encouraging another person and uplifting them. YouTube has given me the platform to promote other Native artists and dancers who might not have been heard or seen otherwise.”

In his video, Why, for example, Supaman featured a dancer named Acosia Red Elk. “Because of the video on YouTube, she has received many opportunities and requests to dance and speak,” says Supaman. “It also gives us the opportunity to educate and showcase the beauty of our culture that isn't taught in schools very much. That’s good medicine.”

Supaman says that Native people often tell him that their children like his music and that it inspires them to want to learn how to dance and embrace their culture. He also receives many positive comments from people who have been inspired by watching his music on YouTube. “I’ll get those messages of, ‘I’m trying to live a sober life, and you inspired me to change my ways and make positive decisions,’” he says. “[People will say] ‘I never knew that, thank you for teaching me, thank you for educating me.’”

For Supaman, art and activism aren’t two separate passions; they’re one and the same. “The most meaningful thing is knowing that my music is impacting people in a positive way, and helping other people along their own Red Road,” he says.