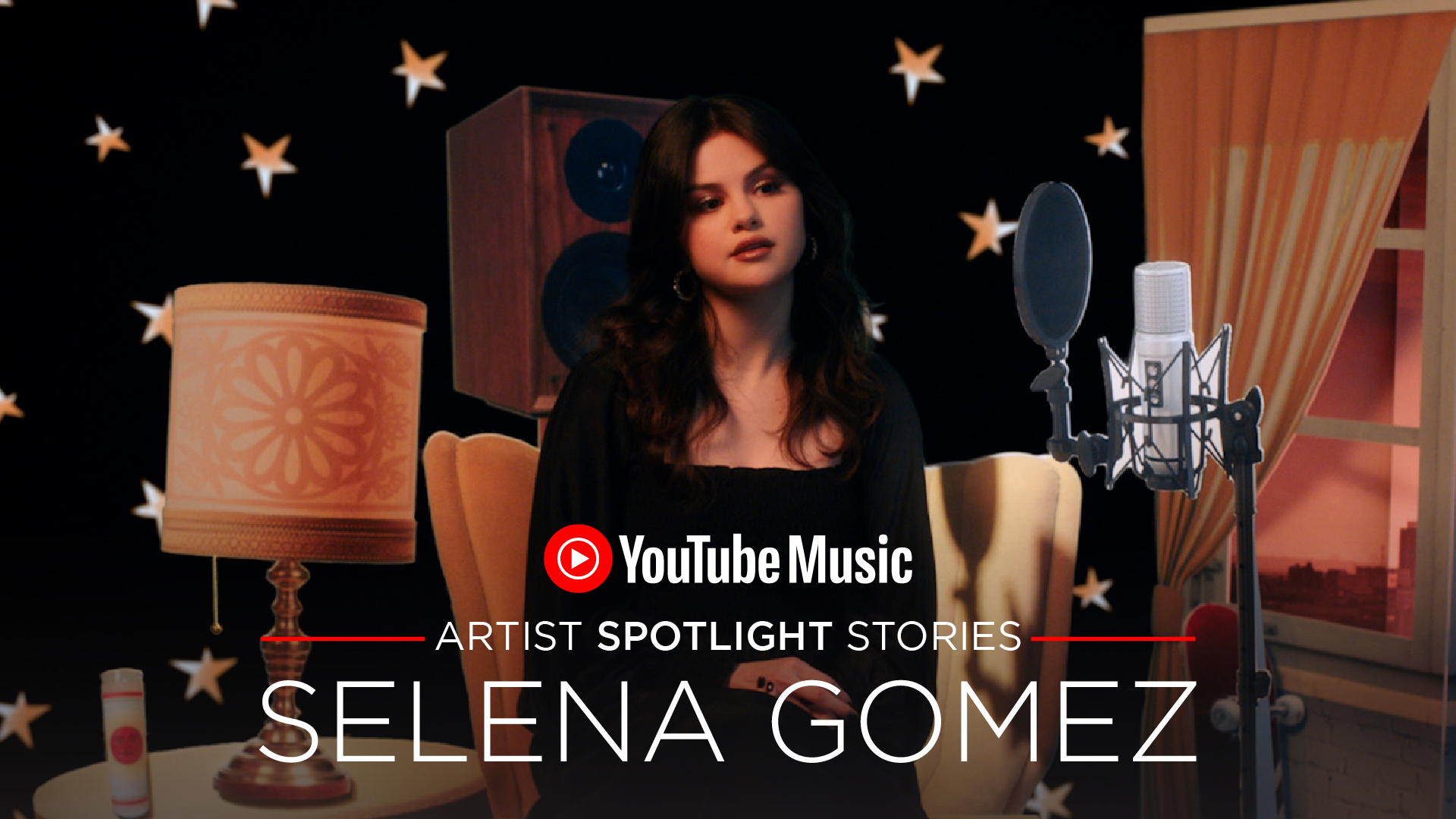 The award-winning singer, songwriter, actress and producer shares insights and details on her life as never before in a new mini-documentary.

YouTube Music has partnered with award-winning singer, songwriter, actress and producer Selena Gomez for the latest edition of YouTube's Artist Spotlight Stories. Now live on her official YouTube channel, Selena Gomez: Artist Spotlight Stories shines a light on the star’s deep love and pride as a Mexican woman, revealing her family’s experience immigrating to the United States, the first time she realized the impact she was making on other young Latinx girls, and her hope in life to continue being a good role model and a good person.

“ If I can speak to the Latinx community, I would say, ‘Be proud of who you are. You are meant to be exactly where you were meant to be, however it looks, whatever it may be. Don’t stop trying.'”

Throughout the mini-documentary, her journey unfolds through the pages of a pop-up storybook. Filled with hope and passion, Selena takes viewers through some of her most pivotal moments as a Mexican woman, most recently with the release of her first Spanish album, “Revelación,” admitting she is now more comfortable singing in Spanish than in English.

Selena Gomez has built an expansive fanbase on YouTube with over 29 million subscribers on her Official Artist Channel, making her among the 30 most-subscribed artists on the platform. Over the past year, she has been among the top 100 most-viewed artists globally on YouTube and has amassed 2.78 billion views, with a fanbase that reaches across the United States, Mexico, India, Indonesia, Brazil, and beyond.

In addition to her music reaching over 50 markets on YouTube’s Top Song Chart, Selena was featured on BLACKPINK’s “Ice Cream,” which became one of the top 5 biggest music video debuts of all time with 79 million views in its first 24 hours. And catch Selena’s latest music video for “999” with rising star Camilo live now on YouTube.