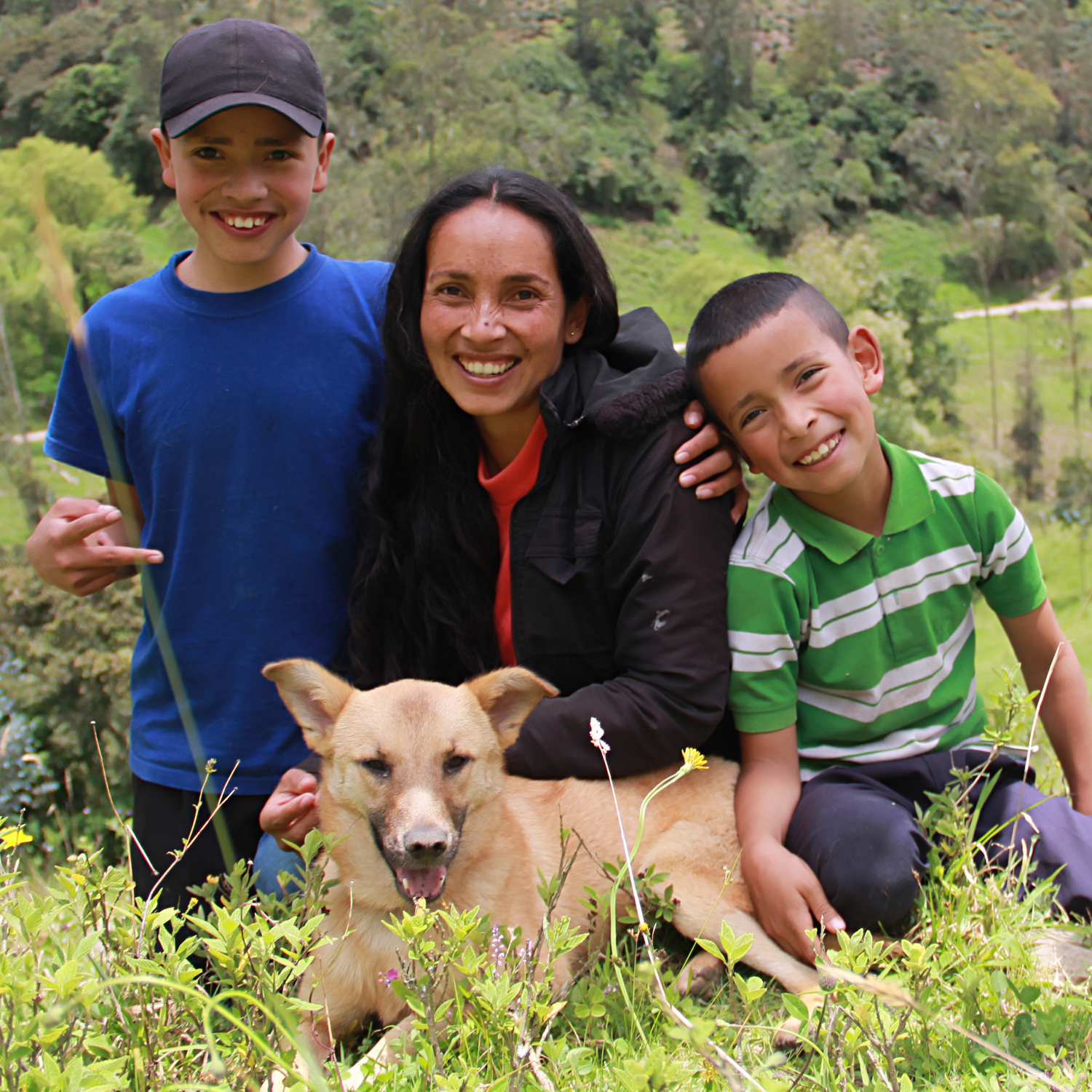 They now have 605K subscribers

Nubia Gaona lost her husband two years ago. Since then, she’s been washing potatoes and sweeping at schools to feed her children. They live in a village in the middle of the mountains called Altiplano Cundiboyacense, a high plateau in the Colombian Andes.

When she filmed her first YouTube video, she secretly hoped that someone would see it and give her a computer as a gift, so that her children could take virtual classes during the pandemic.

Because of YouTube, barely a week after uploading her video, she sold over 1,000 kits for sowing crops at home.

She didn’t end up needing a gift. With the money she earned, Nubia bought a laptop for each of her three children. She also got them smartphones. (Previously, they shared a low-quality cell phone that was just barely capable of connecting to the Internet. It enabled them to learn what a YouTuber was and dream of becoming YouTubers themselves. That was four months ago, when COVID-19 started to spread in Latin America.)

Today, at the time of writing of this blog, that first video, called Familia Campesina Decide Volverse YouTuber (Rural Family Decides to Become YouTubers), has more than 1.4 million views. And their channel, Nubia e Hijos (Nubia and Kids), has over 605,000 subscribers.

Their videos generally average 236,000 views, and their story has been told in the media across the world — from Telemundo and Univision in the United States to the BBC in the United Kingdom.

The family lives in the rural area of Chipaque, a municipality at the foot of a plain in the department of Cundinamarca's savannah, around 7,800 feet above sea level — approximately one hour by road from the Colombian capital, Bogotá.

People in the village don't treat them like celebrities, but more like partners. That's why they don't believe it when they see themselves reflected in cell phones, computers, and television screens.

She's 37-years-old and her smile seems to be unbreakable. She also has a scrawny cow, a few hens, 10 chicks, a dog called Luna (a favorite among her subscribers), and a seemingly jealous rooster who sings incessantly in the background when he hears her talk. She is also determined to earn her bachelor's degree (equivalent to high school qualifications). Thanks to the success of her channel, she has started to complete the two years that she previously missed.

What Nubia doesn't have is her own home. The land where she was born and gave birth to her own children, as well as the house made of gray planks where she records her videos, do not belong to her.

"In Colombia, 90% of rural families live in extreme poverty, and in terms of their crops, they are impacted by market prices and the high number of intermediaries," says a closing message over a black screen in her first video.

These end screens with social messages are a trademark, and each of her 26 videos to date have them.

It was her 15-year-old son, David, who came up with the idea to create a channel. He wanted to do something that would teach people about the countryside. They thought the best thing to do would be to start with homegrown crops because, during lockdown, people might be interested in growing crops at home.

"Let's make this go viral so nobody has to go to bed hungry, knowing that we can grow our own food at home," says David emotionally as he promotes "beautiful and cheap" sowing kits for 18,000 pesos—around 4.50 USD.

"If you can't buy one, don't worry, we'll show you how to make them at home."

His little brother, Jeimer, cried while they were recording the first video, and it's not hard to imagine the same happening to the people on the other side of the screen watching them. Some say it in the comments, while others say they watch all the ads because they want to support the videos.

How do they do it?

The camera shakes, and the picture goes out of focus at times. Two black squares frame the picture. There are poorly translated English subtitles. The homemade-look only contributes to one of Nubia's and her children's most powerful values: authenticity.

To record and upload videos to their channel, they are helped by the team from Huertos de La Sabana, an agricultural venture led by Sigifredo Moreno from Bogotá, who Nubia and her husband had worked with for their potato crops. Those crops had utterly failed.

The videos are made by Juliana Zapata, a business administrator who has always liked photography. She has a professional camera but she had never edited a video before.

"I did a Google search for the best editing apps. And it's all from tutorials," she explains.

There are no scripts. They agree on the topics in a group chat. Nubia's children play a leading role, looking for information to supplement the videos.

"They are the happiest people involved in this. The most amazing thing for a child is to play with the earth. The earth gives you beautiful experiences. The most beautiful thing that God gave human beings was the land. Because the earth produces food."

“ Without knowing it, she and her children are teaching something else with their channel: the power of authenticity and using technological tools to have a positive impact on a community”

Nubia stops talking. She runs to put on a poncho. It's getting late, it's cold, and she's afraid that the signal will drop out because the sky went dark all of a sudden. She logged into Google Meets from her cell phone to do this interview. Her children teach her about technology, while she teaches them about loving the earth.

Where does this love come from?

"I learned from the things that life throws at you," she says, still smiling.

Without knowing it, she and her children are teaching something else with their channel: the power of authenticity and using technological tools to have a positive impact on a community.