Millennial Farmer: Farming for the future

Millennial Farmer: Farming for the future 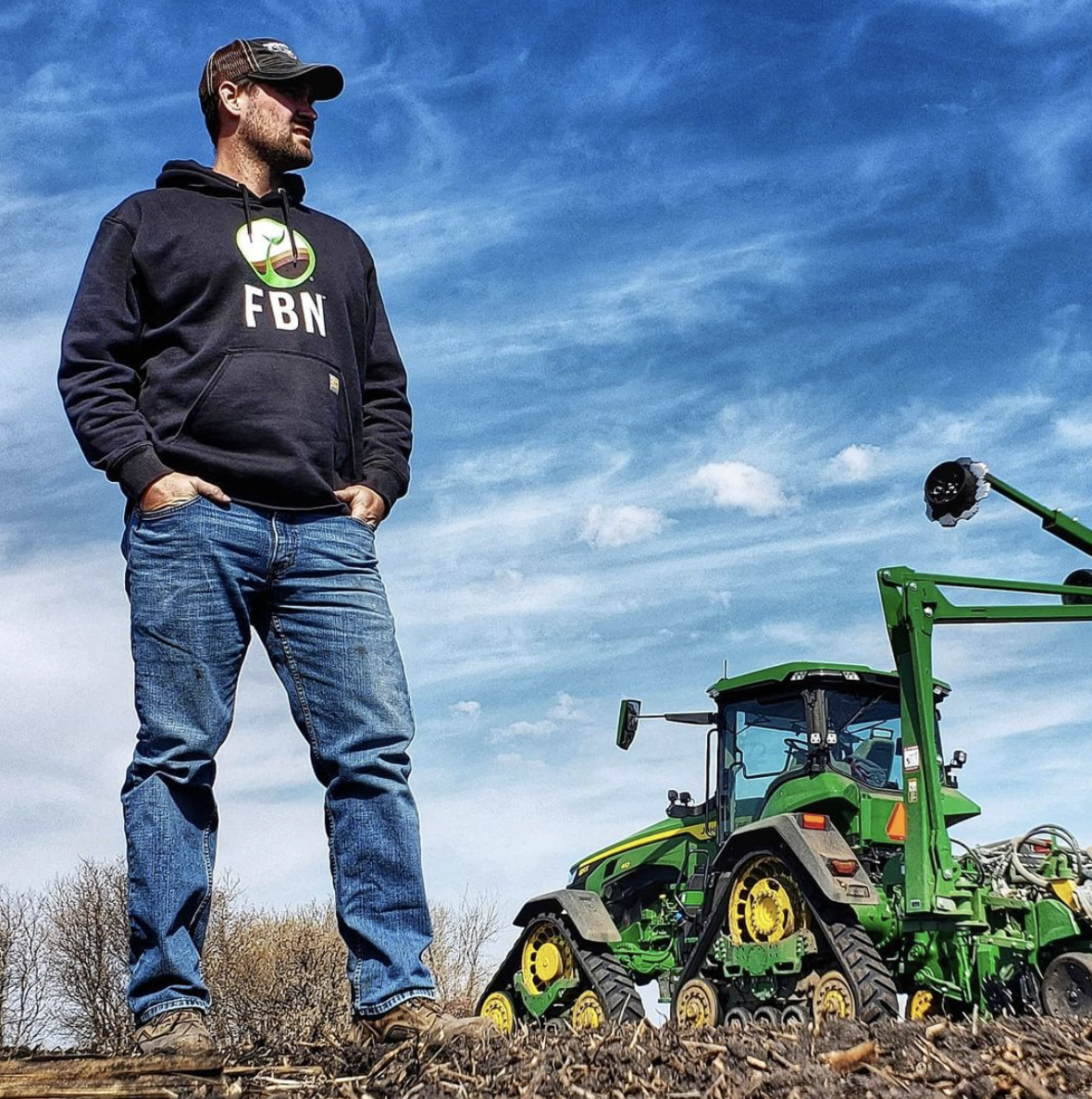 For more than 150 years, the Johnson family has farmed the rich soil of Minnesota. When Zach Johnson’s great-great-great-grandparents left Sweden for the United States in 1868, they started the family farm with the help of the U.S. Homestead Act. Decades later, Zach decided to join the family business — with just a few changes.

Zach knew that he would have to adapt to thrive in a business that was entirely different from the one his ancestors knew.

“My great-grandpa went from farming with horses and oxen and one-bottom plows, to air-conditioned tractors with radios,” Zach says. And those air-conditioned tractors don’t come cheap. “One of the challenges on a lot of family farms today is the fact that everything has gotten so expensive,” he says. And as a result, “It can be very difficult to pass on those farms to the next generation.”

In 2020, the current U.S. farming community racked up 660 million views of videos from all their channels.

Another difficulty, Zach says, is widespread misinformation about farming and GMOs online. Eager to shed some light on the subject, he started a YouTube channel called “Millennial Farmer” to advocate for family farms like his.

“My first video was really simple,” says Zach. “I literally set [my phone] on the dusty oil drum in the corner of the shed [and] talked about what I was going to do with this channel. I wanted people to follow me through the growing season from beginning to end and see what that whole process looked like of planting a crop, raising a crop, and watching it all come to fruition through the harvest.”

Zach believed that posting trustworthy content from a real farmer could not only help combat misinformation, it could build important bridges between farmers and consumers. Through his YouTube channel, Zach tries to help people understand more about where their food comes from and discuss important issues related to the farming community. He started posting regular videos about his everyday farming experiences, from buying a new tractor to plowing the fields. His playful style, sense of humor, and easygoing personality connected with viewers, and Zach soon became one of the biggest FarmTubers on YouTube. (For context, in 2020, the current U.S. farming community racked up 660 million views of videos from all their channels.1 )

“ I definitely think that by using a platform like YouTube to put farming out there, it is opening up and inspiring a whole new generation of people that wouldn't know much about farming otherwise.”

Five years later, Zach now has close to a million subscribers — and makes more than five times as much money from his YouTube channel as he does from his crops.

“When I started this, I had no idea that actually making money on YouTube would ever be a thing for me,” Zach says. When he received his first revenue check for $92, he was elated. But the channel quickly grew beyond his wildest dreams.

With the brand presence he built on YouTube, Zach was able to start two podcasts, work with farming sponsors, and speak at conventions and events.

“[YouTube has] really opened up a lot of different income sources for us,” Zach says.

It’s also allowed Zach to give back to the farming community. Recently, he helped raise over $65,000 to train local first responders on how to rescue farmers who get stuck in grain bins. He’s also been able to work with young farmers who are starting out on their own paths.

“In a lot of places, farming isn't necessarily a glorious job,” Zach says. “What [people] get out of seeing farmers on YouTube is the idea that farming is cool and it's very diverse. I definitely think that by using a platform like YouTube to put farming out there, it is opening up and inspiring a whole new generation of people that wouldn't know much about farming otherwise.”