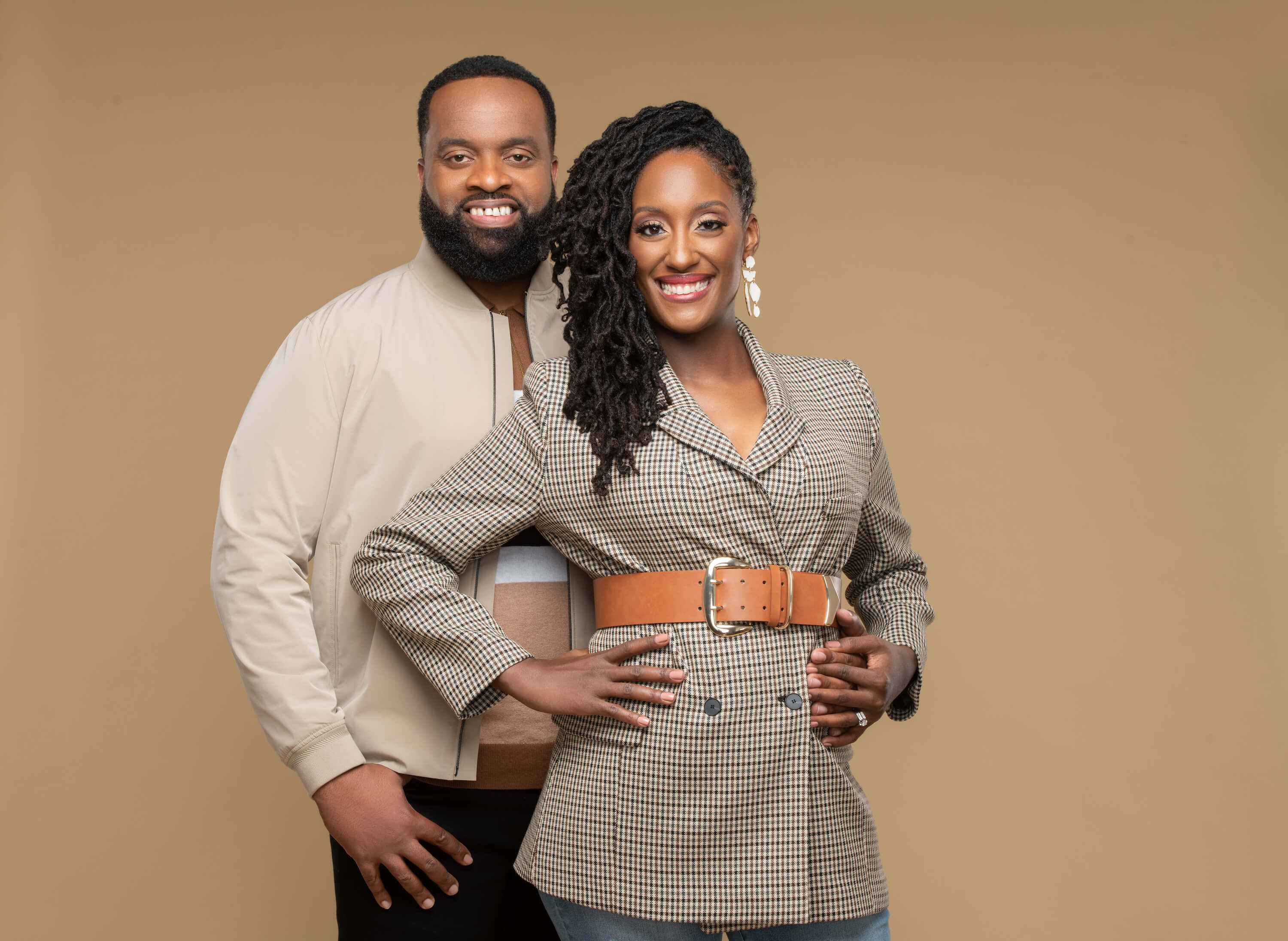 Talaat and Tai McNeely are helping people achieve financial freedom—and raising the profile of Black voices in the financial industry.

Talaat and Tai McNeely have always loved helping others. After 12 years of military service, Talaat worked as a teacher and assistant principal, while Tai stayed home with their three young children. In 2013, the couple decided to find a way to work together while helping others, eventually landing on a shared passion that had proven particularly rewarding in their own lives: financial freedom.

That same year the couple launched their YouTube channel, His and Her Money. Now married for 15 years, the McNeelys started their relationship with very different views on finances — and a substantial amount of debt. But working together as a team, they were able to take control of their finances. “We remember the hopelessness of not having the knowledge to improve our financial situation,” says Talaat, “but we also knew what it felt like to have full control, to have total debt freedom, to live life on your own terms. We wanted more people to feel what we were feeling.”

Now in their sixth year, the McNeelys are bringing in over half a million dollars annually.

On top of helping people take control of their finances, the McNeelys looked to increase Black representation in the financial industry, which is mostly white and male. “We are an African-American couple, so it was important that others can see us,” says Tai. “People reach out to us and say, ‘thank you for the representation.’”

In its first year, His and Her Money made $6,000 through Google AdSense, sponsorships, and affiliate marketing. They earned $30,000 the second year. Now in their sixth year, the McNeelys are bringing in over half a million dollars annually.

Along with running their channel, Talaat and Tai now offer financial courses and an ebook. But they still credit YouTube as the driving force in building their company. “Without YouTube, there’s no way that we would have been able to make this amount of money,” says Tai. Today the channel is both of their full-time jobs, even allowing them to hire four contract workers to help with editing and other projects.

“ People reach out to us from Jamaica to Australia. The currency might be different, but the content is the same.”

Based in Chicago, Talaat and Tai have received messages from viewers all over the world. “People reach out to us from Jamaica to Australia,” says Tai. “The currency might be different, but the content is the same.”

She says many of the messages they receive are stories of hope. One subscriber told them he didn’t even realize he was capable of paying off his mortgage early until he saw them post a video about how they did it, and then he followed suit. A woman from Flint, Michigan said, “I didn’t see a lot of people getting out of debt and owning their homes before retiring,” she wrote. “You guys help normalize talking about money with confidence and not treating it like a dirty secret.”

Other viewers have written to say His and Her Money helped save their own marriages. That doesn’t come as a surprise to Tai. “Finances are the number one reason for divorce,” she says. “We’re very transparent on our channel about our trials, the good and the bad - and our viewers were able to see us overcome. Hope is the number one message we get a lot of.”

During the pandemic, YouTube gave Talaat and Tai the opportunity to connect with their subscribers in a time of major financial stress for many. “We went live on YouTube for 21 days straight, and we brought content to bring people hope in the area of their finances,” she says.

“YouTube can amplify your voice in ways that word of mouth can’t always do,” says Tai. “We tell everybody that we come in contact with that YouTube has truly impacted our lives.”