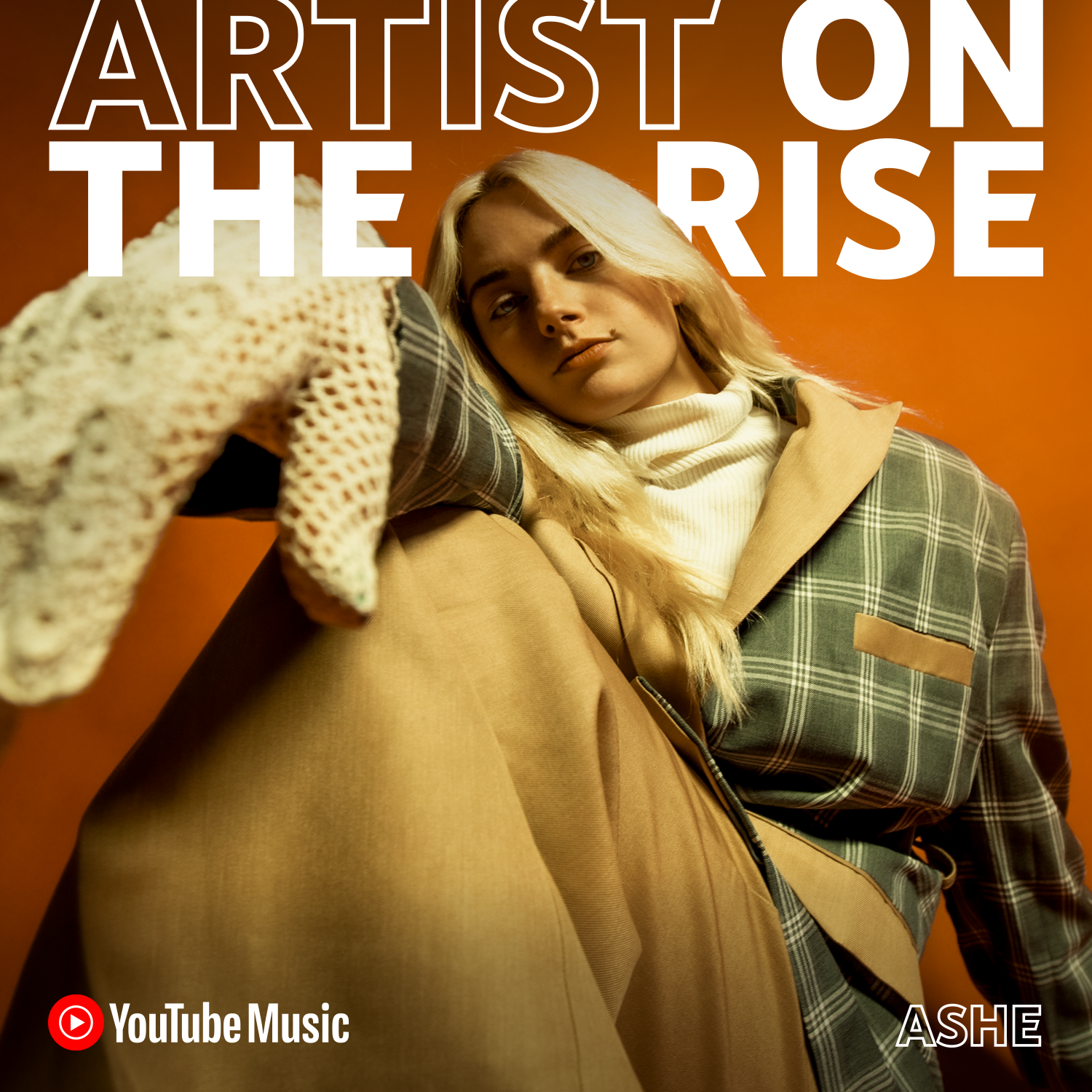 With a sound that spans from orchestral pop to grandiose ’70s rock, singer-songwriter Ashe is our latest Artist on the Rise.

L.A. based singer-songwriter Ashe is our newest YouTube Artist on the Rise. Inspired by the greats like Brian Wilson and Carole King, Ashe began her journey into the world of music at the young age of eight, writing her first songs at age 10. Ashe went on to study at the prestigious Berklee College of Music before settling in Los Angeles and signing a record deal with famed indie label, Mom + Pop Music. With her singing, songwriting, producing and extraordinary vocal and piano skills, Ashe is a force to be reckoned with.

Her most recent single, the epic “Till Forever Falls Apart” duet with FINNEAS has earned 40 million streams to date. The track’s official music video was released just last month and has already been watched nearly 5.5 million times. Ahead of the video’s Premiere, Ashe and FINNEAS hosted a joint livestream where they discussed their experience working together on the track, which led directly into the video’s unveiling. Ashe and FINNEAS brought fans even deeper into their song creation process with a behind-the-scenes look at the making of the song and music video, plus so much more. Explore it all on Ashe’s Official YouTube Channel.

Ahead of the official release of her debut album, Ashlyn, on May 7, we asked Ashe about what inspires her and drives her incomparable creativity.

Check out our rapid-fire Q&A with this breakthrough Artist on the Rise, and stay tuned for a special AOTR performance and mini documentary release from Ashe in the coming months.

Ashe: Authenticity. Making something that isn't too on the nose with the lyrics. Tarantino.

Ashe: You have no idea. I'm so honored. I've loved watching the previous AOTR and feel like this program has elevated everyone that's been a part of it and put more eyes on them and allowed fans to really see their true artistry.

Ashe: Belinda Carlisle’s “Heaven Is A Place on Earth”