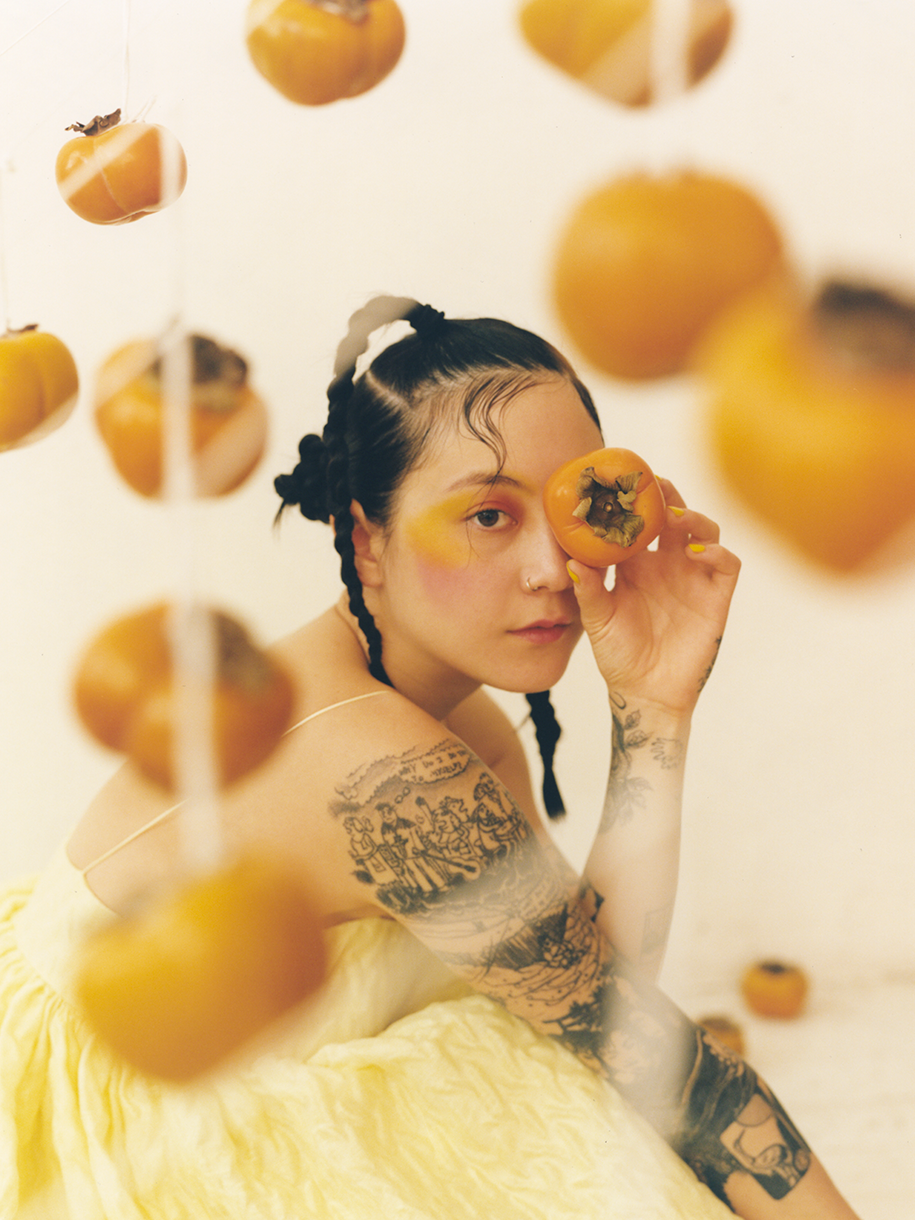 In our ‘Artist Voices’ series, artists reflect on their music, lives, and time on YouTube.

Since her time as a self-described “DIY kid” in Oregon, Michelle Zauner has tried out (and conquered) many roles as a storyteller: She’s written the songs and directed the videos for Japanese Breakfast, her band, and in April released an instant best-selling memoir, Crying In H Mart, about food and family. Ahead of the June release of her third and most ambitious album, Jubilee, she spoke about her style as a leader, the significance of Asian American community in her life, and the gems hidden within her videos, which have earned over 10 million views.

The following interview has been edited for length and clarity. 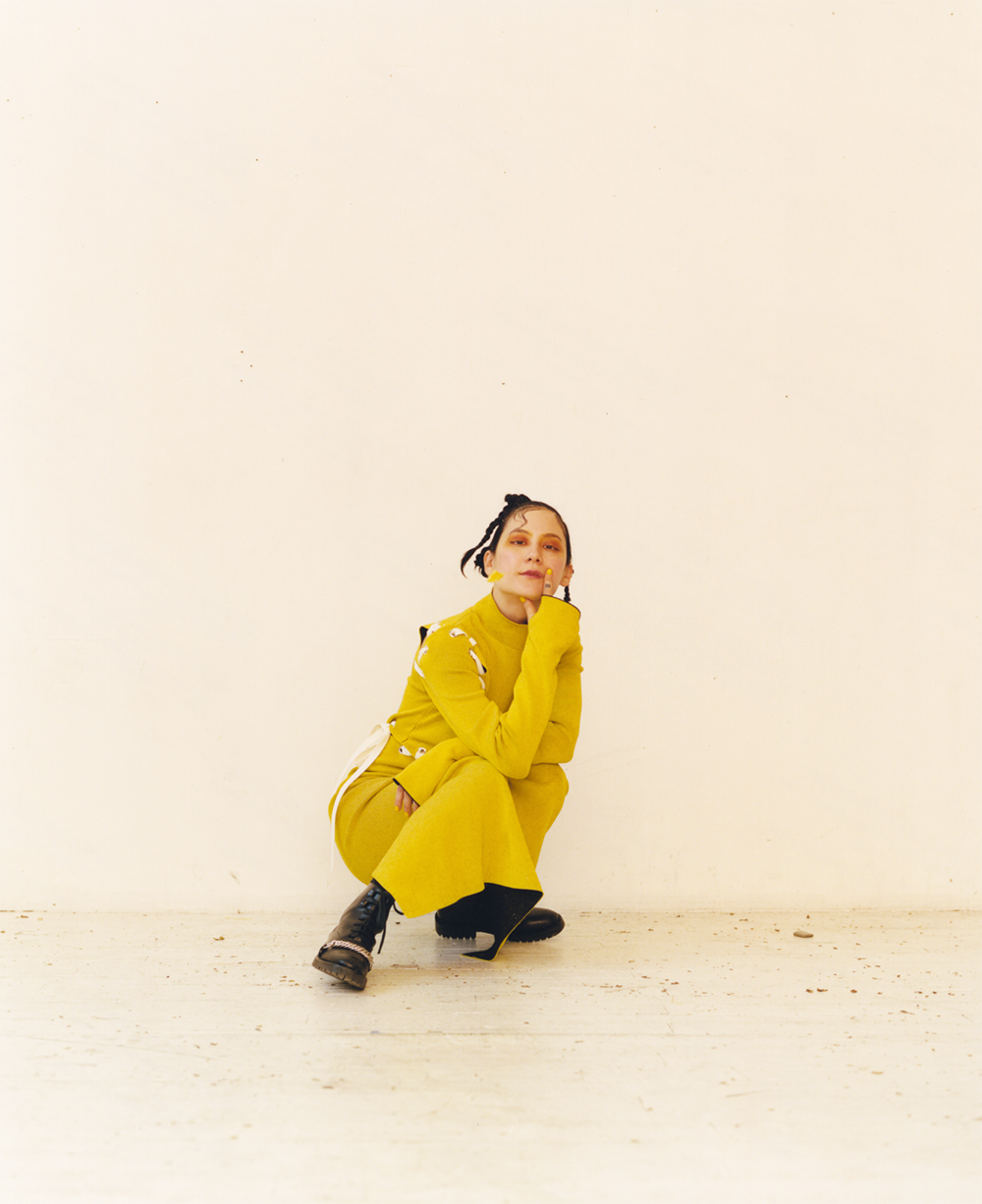 You’re a musician, and also an author and director. These days, how would you describe your music project, Japanese Breakfast, to a new fan?

Japanese Breakfast: I guess we’re an indie band?! I try to make music that I think is sonically interesting but not overcomplicated. At its core, it’s a type of pop music. I'm interested in making people feel something, in a pretty traditional way, I feel like. I like to play with the juxtaposition of something that sounds, sonically, uplifting and upbeat, and then ground it with lyrics that have a bit more depth and substance. And I’ve always been inspired by musicians that create an accompanying visual world with their records. Like, most famously Bjork has amazing videos. Kate Bush has amazing videos. Grimes has amazing videos. Even if they're not behind the camera, they're deeply involved with their world-building. I always knew that my relationship with Japanese Breakfast was going to be about the music, but also the entire world that we were creating around it.

“ We’re constantly on this quest to one up ourselves.”

Your music videos are mostly self-directed. When you look at a video you’ve created, how do you measure its success? What makes a video feel successful, to you?

Japanese Breakfast: For every Japanese Breakfast record, we’ve tried to do a trilogy of videos. A lot of the videos feature a really intense color palette; there are influences from Wong Kar-wai and anime. I’ve had this long collaborative relationship with Adam Kolodny, the cinematographer on all the videos. We’re constantly on this quest to one up ourselves. We strive to get the videos seen by the most people possible, and you always want to make videos that you feel are better than the ones that came before. But it doesn't always end up feeling that way. There is a certain kind of magic that, you know, it just happens or it doesn’t, even as budgets and skills increase and crews expand.

“Everybody Wants to Love You” feels like a video I can never top. It was just me and Adam and a super small crew. The concept was perfect, the song was perfect, the lighting was all outside and Adam made it look perfect. We’re always kind of chasing that magic feeling, and figuring out different things.

I really love the way that the new video for “Savage Good Boy” turned out. We had a clear vision of this kind of warm bunker with an industrial vibe. We were inspired by films like Barry Lyndon and Orlando. This was supposed to be my masterpiece, and it's the finale for the video trilogy for this record, where all the videos were shot on 16 millimeter. Adam and I are both obsessed with The Sopranos and we were like, Wouldn’t it be crazy if we got Michael Imperioli? I’m so grateful that he did it. A creative writing professor of mine once said something like, “The best thing you can do for someone as a professor is just take them seriously.” And Michael Imperioli gave me such a wonderful gift, in that he took me very seriously as a director. It was so much fun getting to work with an actor, who could deliver such nuanced, subtle expressions, and it was really moving and special to me that he took me very seriously as a director. Doing music videos can be a grueling challenge, but I just love this one, and I’m excited for people to realize that the previous video is actually an epilogue for it, showing what happens after I’ve left this bunker, but it’s presented out of order. We've never done something like that before. But we always like to try to keep little Easter eggs throughout the videos!

When we did “Be Sweet” there was a “Road Head” reference on the alien evidence, and there's a “Soft Sounds From Another Planet” reference. We made Jubilee ramen cups for “Be Sweet.” Those are the kinds of details that make the visual world so fun, and exciting for your audience. 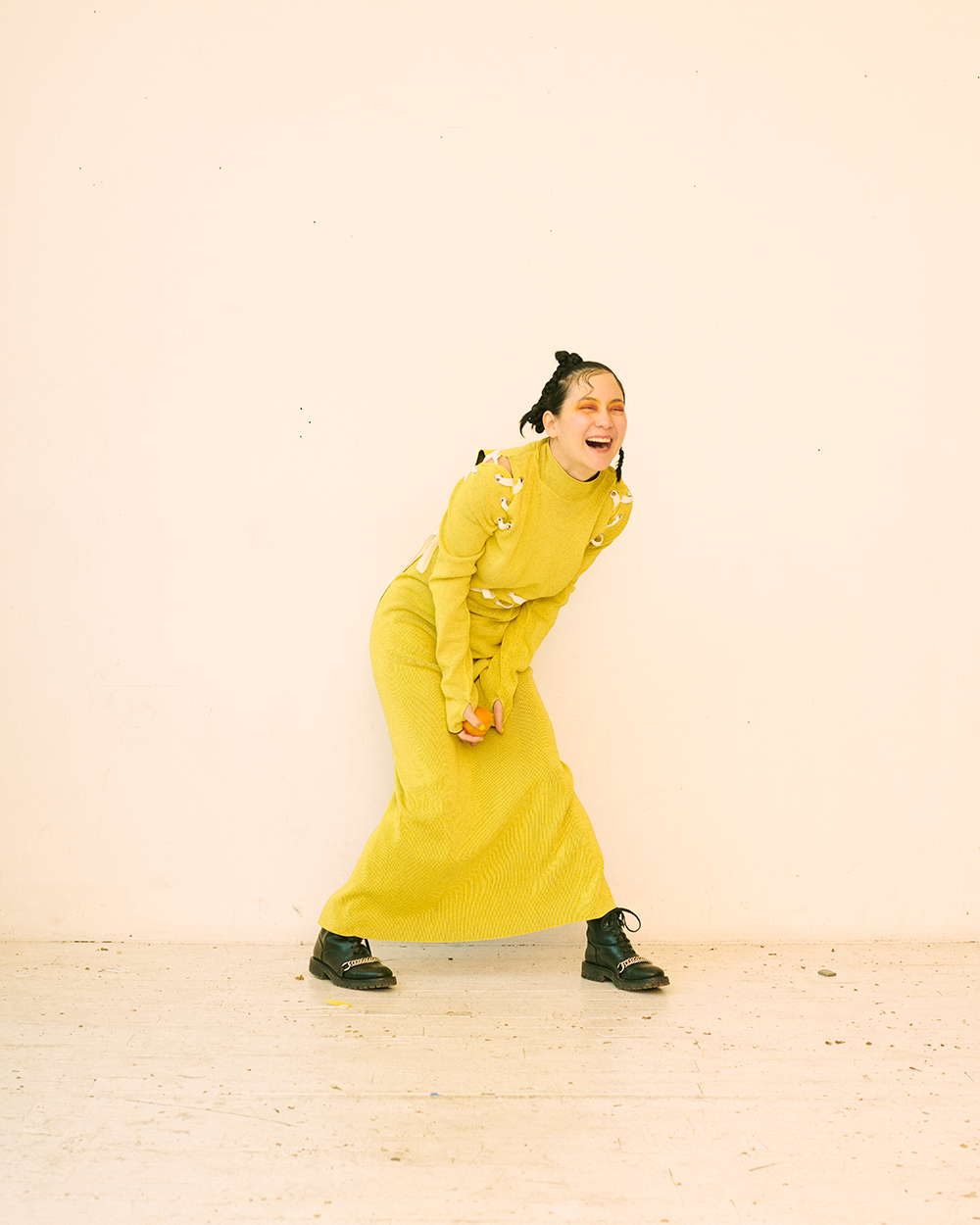 Beyond your music videos, is “director” a title that feels relevant to your creative practice as a whole? Do you approach your albums, or your writing, from that same place?

Japanese Breakfast: Yeah, I do. The job of a director is to bring people together and oversee the vision, and I think that’s something I bring to all of the things that I do. That perspective helps me think about my collaborators and what they bring to the table, and how to make space for how everyone is good at different things. The more you can give people the tools they need to do their jobs well and stay out of their way, the better the project is going to go as a whole.

Your third album, Jubilee, will be released in June, and your memoir, Crying In H Mart, became a bestseller in April. Are there lessons you’ve learned from writing and promoting your book that you hadn’t previously experienced with music?

Japanese Breakfast: I'm deep in book zone right now. The press cycle with books is serious! I feel like as a musician the expectation on you is less heavy, in a way, than with the book writing process, for some reason. But it’s almost turned into a double release, in a way, with the book and the record. It’s an interesting time.

“ Having this month to revel in the range of amazing art that's coming out of Asian Americans and to celebrate our heritage, it feels very wonderful and necessary right now.”

Right now it’s May and in the U.S. we’re celebrating APAHM. And at this time, here and all over the world, we’re also understanding, more than ever, that “Asian American” or “Asian” are terms that stand in for an endlessly vast spectrum of people and identities. What does having this month to celebrate mean to you?

Japanese Breakfast: It feels like a very necessary thing to celebrate and experience joy in, especially when there's been so much real horror and terror in the last year. And so I think that having this month to revel in the range of amazing art that's coming out of Asian Americans, and to celebrate our heritage, it feels very wonderful and necessary right now. Before recently, I don’t think I’d ever heard the phrase APAHM before. I’m in a place now where I actually have a community of Asian Americans in my life, and it's been really wonderful to see us able to communicate our stories and share things with each other and celebrate each other in this way. That didn't used to be such a big part of my life. So I'm very excited about this time and it feels very, very necessary for right now.

In your book you talked about seeing Karen O perform when you were younger, and how you were impacted by knowing that she was also Korean American.

Japanese Breakfast: Back in the day, just seeing an Asian person on TV was bonkers for me. I don’t care a lot about ice skating, but when I saw Michelle Kwan on the Olympics, I was like “Oh My God!” you know? So when I watched Karen O performing, doing something that seemed so male-dominated and so white-dominated, it gave me so much hope. She had this unparalleled, punk showmanship, but at the same time she also has this discography where she can totally rip your heart out with the most tender ballad. That range is what made her so special to me. She just obliterated every stereotype of what Asian women should be. And I just felt like I needed to be close to her and know everything about her. She changed my whole worldview. She and I had a conversation for a magazine, and I was so nervous, because sometimes meeting your heroes can go really badly. But it was perfect. She kind of speaks like me – really fast and sort of nervy and with a ton of filler – and I love that. She really cared about our conversation and wanted to get to know me. We related to each other. I wish I had a recording of her saying “you have such a singular voice,” that I could fall asleep to every night.

Your new album was originally supposed to be released in 2020. How does it feel now, to be making new plans, and planning a tour again, as the world opens back up?

Japanese Breakfast: It’s so surreal. It’s been almost a year and a half since we’ve been on tour, and I have no idea what to expect. I think it’s one of those muscle memory things: that once you’re back on stage, it returns to you, like riding a bicycle. I’m practicing, getting my chops up. My band and my crew have become my family. I I feel most at home and comfortable with this group of people, and I’m just looking forward to getting to spend every night with them. I mean, as human beings, we have gone through so much in this past year. Everything is so new right now. At the same time, humans are so adaptable, and I think we’ll be able to fall back into hanging out with friends, and playing music. I’m really looking forward to that.