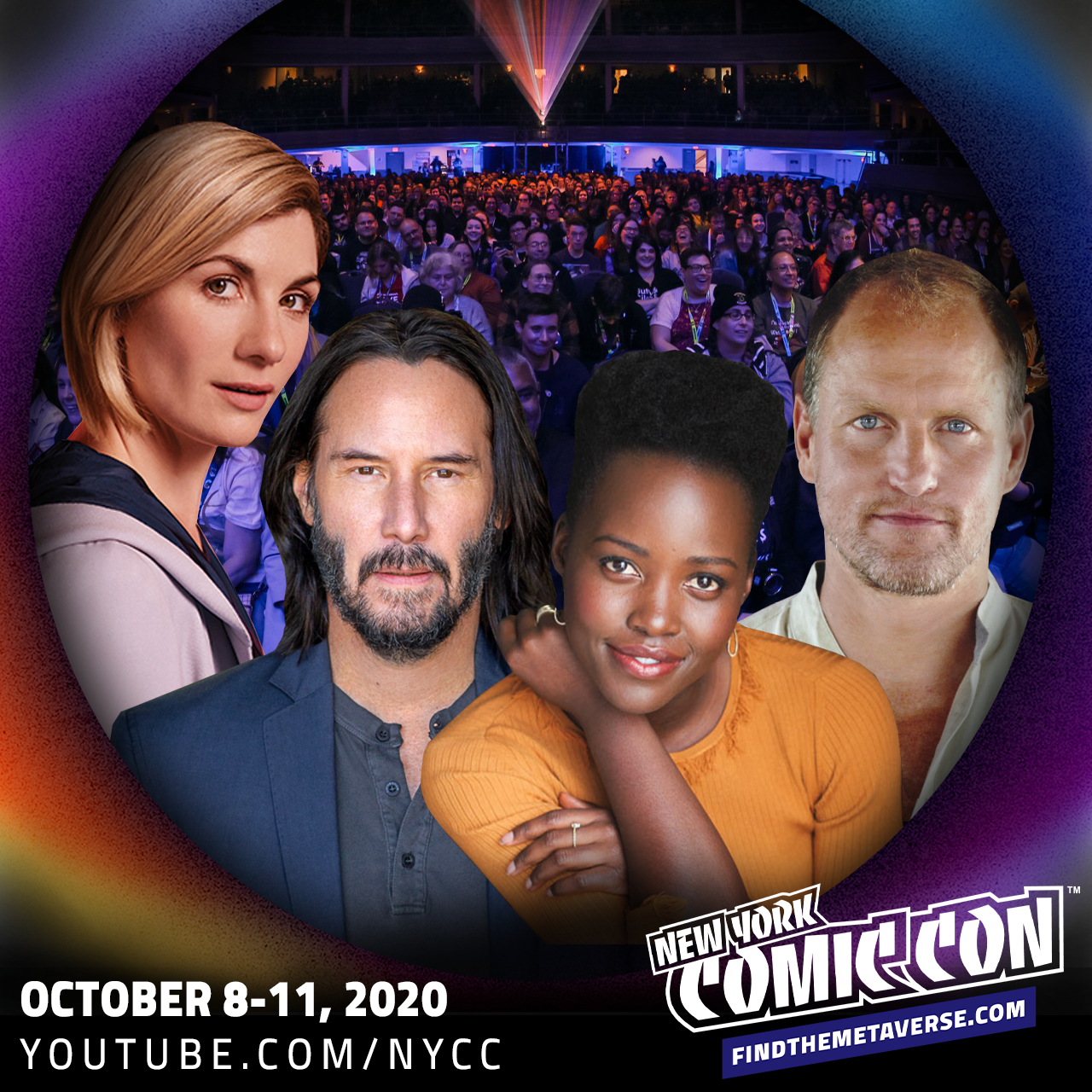 Check out the full schedule and tune in on New York Comic Con’s YouTube Channel: youtube.com/nycc

For the first time ever and in its fifteenth edition, New York Comic Con is fully virtual and streaming all their panels only on YouTube. Starting today and until the end of the weekend, fans around the world can catch all the action for free — including exclusive Movie & TV reveals; Cosplay content; and Q&As with your top creators, celebrities, writers, gamers, and more.

Miss your favorite panel live? Not to worry, content will continue to live on the NYCC YouTube channel after the event. With topics ranging from movies and comics to gaming and anime, there’s something for everyone! Check out the full schedule here. New York Comic Con is presented by Alienware in the U.S.

To start off each day, NYCC and YouTube creators are hosting a Kickoff Show at 11:30 a.m. ET. Join Grace Randolph from Beyond the Trailer and Jackie Izawa from Rooster Teeth as they chat up special guests and run down the day’s highlights. Over the course of four days, NYCC will host 167 panels on two stages, simultaneously: Main Stage, focusing on blockbuster movies & TV, and Centre Stage, celebrating fandoms across Cosplay, comics, and more.

Celebrity guests such as:

While we’ll all be missing in-person meetups this year, fans can engage directly with one another during panels and participate in live Q&As through YouTube’s Live Chat and Community features. Afterwards, fans can share creations, such as fan art and cosplay, and meet other fans from around the world on Discord. Fans can also purchase premium experiences with panelists, such as digital meet & greets, personalized videos, and autographs via Growtix.

Ready to tune in? Subscribe to the New York Comic Con YouTube Channel, enable notifications, and set reminders for your favorite panels to stay up to date on all the happenings this weekend!