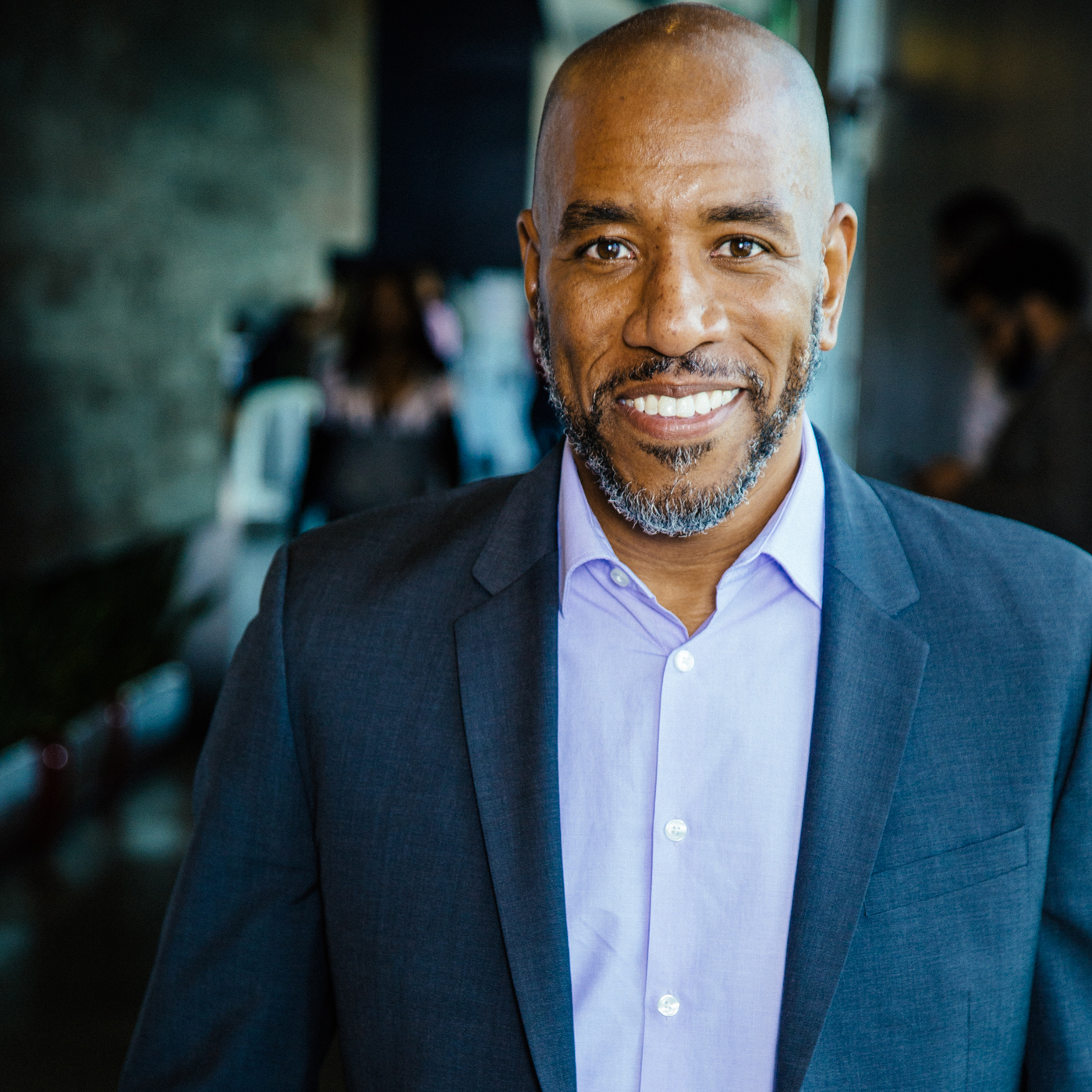 This fund will invest with an intention: to present fresh narratives that emphasize the intellectual power, authenticity, dignity and joy of Black voices, as well as to educate audiences about racial justice.

“ This global fund will be used to acquire and produce YouTube Originals programming, focused on Black experiences around the world, and to directly support Black creators and artists so that they can thrive on YouTube.”

This year, I've been thinking a lot about passion, progress, what it means to pay it forward – and how these ideas intersect in our lives. For me, as a kid growing up in the Bronx in the 80s, I had a passion for technology and storytelling. Computers were the new kid on the block. And my family, like so many others, couldn’t afford the Commodore 64, but somehow my mom made a way to buy that computer for me, and my life was forever changed because of it. My story isn’t unique, though. Being given access to resources – whether they are physical or even financial tools – can be a game changer for an individual or an entire community.

Back in June, we announced a $100 million fund to center and amplify Black voices and perspectives on YouTube, alongside a commitment to doing better as a platform to protect Black creators, artists and users. Since then, we’ve been doing a lot of work behind-the-scenes to bring these commitments to life because we believe when we center Black and other diverse voices, we reflect back the power of our global community.

The fund – now officially named the “#YouTubeBlack Voices Fund” – will invest with an intention: to present fresh narratives that emphasize the intellectual power, authenticity, dignity and joy of Black voices, as well as to educate audiences about racial justice. Over the next three years, this global fund will be used to acquire and produce YouTube Originals programming, focused on Black experiences around the world, and to directly support Black creators and artists so that they can thrive on YouTube.

Today, we are excited to announce five YouTube Originals from the fund, including a documentary series from Patrisse Cullors, one of the co-founders of Black Lives Matter; an HBCU Homecoming special; a sequel to the recently launched “Bear Witness, Take Action;” a family series to encourage open communication about real world issues; and a new series that tackles public health:

Here are the new and returning YouTube Originals from the fund:

HBCU Homecoming 2020: Meet Me On The Yard

With HBCUs (Historically Black Colleges and Universities) across the country cancelling their annual Homecomings due to the global pandemic, YouTube in partnership with Jesse Collins Entertainment and Live Nation Urban will take the momentous celebration virtual.  This two-hour livestream will be filled with homecoming traditions to raise funds for the United Negro College Fund who plan to split 50% with Thurgood Marshall College Fund. Expect musical performances, band performances from Jackson State University's Sonic Boom of The South, and FAMU's Marching 100, Step performances, as well as appearances from students, alumni, YouTube creators and inspirational video packages representing the legacy of HBCUs.  Executive Producers of “HBCU Homecoming 2020: Meet Me On The Yard” are Jesse Collins, Shawn Gee, Dionne Harmon, Brandon Pankey, and Chris Wagner.

Following the success of the first “Bear Witness, Take Action” special, which was the first YouTube Originals project to come from YouTube’s $100M Black content fund, Part Two will again inspire the platform’s global community to take action for racial justice uniting YouTube creators, public figures, and influential voices. In addition to the livestream, “Bear Witness, Take Action” Part Two will feature unique voices from the Black community producing short form content to share their perspectives and experiences on racial inequity, which will live on YouTube. Viewers will be encouraged to donate to racial justice initiatives directly on the YouTube livestream. The special is produced by the SpringHill Company, Fly On The Wall Entertainment, and Byron Phillips. Reginald Hudlin serves as Executive Producer and Showrunner.

Join the Onyx Family (6M+ combined subscribers) for the dinner table conversation you wish your family had! This new Kids & Families series gathers the multi-generational family for plenty of fun and open conversations about life and what’s going on in the world over dinner. Weekly dinner guests broaden the conversation with different perspectives, thought provoking stories, subject matter expertise and valuable insights. Produced by pocket.watch in association with Shine Global, “Onyx Family Dinner” stars the Onyx Family and is executive produced by Keith Brown, Albie Hecht, the Onyx Family, and Chris M.Williams.

In Barbershop Medicine YouTube aims to put the “public” back in Public Health, exploring the impact race and socioeconomic status have on healthcare and longevity. The barbershop has long been a center of community, as captured in the landmark clinical trial of blood-pressure reduction that delivered education and care in barbershops. Drawing from this concept of community medicine, the special will bring together musicians, renowned physicians, Creators and community members in a storied barbershop to discuss today's most pressing health concerns and raise awareness - from vaccines to diabetes, cancer to mental health, and beyond.  The special will be executive produced by Charles D. King, Marta Fernandez, Jelani Johnson, and Alisha Corpas Wynn for MACRO Television Studios.

“ Our YouTube Black community is filled with so many passionate, talented, brilliant, and driven creatives. Now, we’re working to give these awesome creators and artists the resources to match.”

Separately, we also have a number of YouTube Originals that were developed prior to the launch of the #YouTubeBlack Voices Fund, but which also center on global Black experiences and address racial justice, including: Together We Rise (streaming now on GRM Daily’s YouTube Channel ), Trapped: Cash Bail in America (premieres October 12; Watch official trailer here), a special episode of BookTube featuring Jason Reynolds (premieres October 22), The Outsiders (premieres February 2021), Glad You Asked Season 2 (premieres February 2021), and new episodes of the award-winning Kids & Family series Lockdown (new episodes premiere November 19).

The #YouTubeBlack Voices Fund is only part of the work currently underway to ensure that YouTube is a place where Black artists, creators and users can share their stories and be protected. Along with our commitment to amplify marginalized voices on the content side, we are also investing in product and policy changes that will continue to advance YouTube’s mission of giving everyone a voice and showing them the world. It is only when we take a stand against those who would try to bully, harass, silence and intimidate others that we truly move closer to achieving this mission.  Our new efforts include ramping up enforcement and terminating more accounts that repeatedly post hateful comments, and we are in the process of rolling out product changes to make creator moderation tools more streamlined.

Our YouTube Black community is filled with so many passionate, talented, brilliant, and driven creatives. Now, we’re working to give these awesome creators and artists the resources to match. As always, there is more work to be done, but our teams across the company care deeply about this work and making sure we get it right. We are fierce advocates for the Black creator community and we’re relentlessly optimistic when it comes to what we know we can all achieve together. We look forward to sharing more about the additional ways we will support Black creators and artists in the weeks to come.

May the “#YouTubeBlack Voices Fund” be someone’s Commodore 64. Thank you to the #YouTubeBlack community for the continued partnership and feedback along the way.

With gratitude and respect,