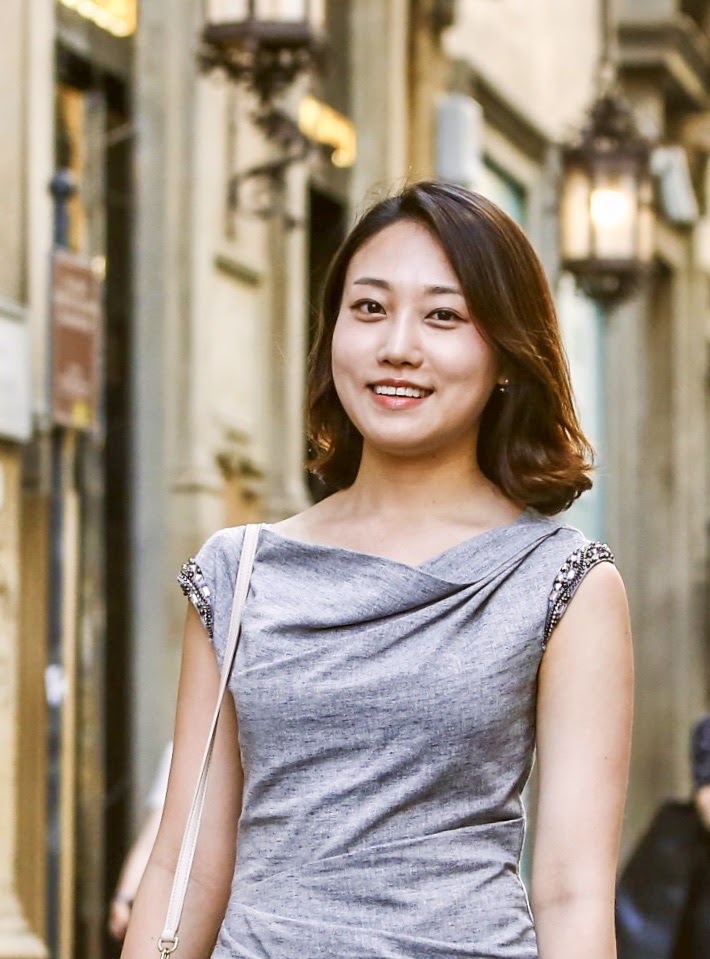 Kellogg's new green onion-flavored cereal, K-pop and "Among Us" are a few of the most popular trends on YouTube for Koreans.

Seungha Heo is a Culture and Trends manager for YouTube in Korea. She began her career as a news reporter for Arirang TV, an English-language Korean network aimed at an overseas audience, and later became an anchor for Yonhap News TV, a Korean news channel run by Yonhap News, the country’s leading news agency.

A few fun facts: In college, she led a dance team, and although she doesn’t dance anymore, she loves watching choreography on the YouTube channel, 1MILLION Dance Studio. Seungha has also personally tried Kellogg’s new green onion-flavored cereal, which she’ll dig into later.

During COVID-19, the Myers-Briggs Type Indicator personality test (MBTI) has become very popular for Koreans to take. What explains the interest in taking this test, and how has this been reflected in the  viewing of YouTube videos about Myers-Briggs?

Seungha: For those who are not familiar, MBTI is a personality test where one is classified into one of 16 personality types after answering dozens of questions. At the beginning of Covid-19, Koreans started spending more time at home alone, and it gave them the time and desire to reflect on themselves and try to understand who they are. Taking a test like MBTI was a good way to do that.

The emerging popularity of MBTI has been seen in various video formats, including videos that show how people with different personality types react to the same life situation. We also saw that videos uploaded by creators or artists showing themselves taking the test and revealing the results have especially resonated with viewers. One particular favorite was when Solar, a member of the K-pop group MAMAMOO, took the MBTI and shared the results. Many fans who learned they had the same MBTI type were thrilled. Such videos clearly demonstrate how people are using YouTube to gain a sense of connection and belonging during these times of isolation.

The online multiplayer social deduction game “Among Us” is over two years-old, yet has seen incredible growth this year, especially in Korea. How has this played out with respect to the kind of content that creators are building around it?

Seungha: The game Among Us was launched in June of 2018, but it only rose to fame a few months ago when Twitch streamers and YouTube creators started playing the game. In the month of September alone, views of Among Us videos topped four billion views globally on YouTube, with over 6% of the views coming from Korea, surpassed only by the U.S. and Mexico. In Korea, the most popular creator is 우주하마 (“Space Hippo”), who frequently posts Among Us videos.

The incredible success of the game this year can be attributed to how it allows people to socialize with others while being socially distant. What's interesting about the Among Us trend on YouTube is the variety of videos being uploaded. Aside from the typical gameplay videos that we would expect from gaming creators like 빅헤드 (“Big Head”), we are also seeing animations, comedic sketches, DIY videos and even original songs.

The expression “Listen to your elders” has recently taken root in YouTube videos in Korea. What’s behind this trend, and who are some of the senior creators propelling it forward?

Seungha: In Korea, we're seeing more senior creators building a stronger presence on YouTube. Part of what’s driving their success with younger viewers is that Korean society is becoming more individualistic than it used to be. Many young people are having difficult times financially or emotionally here, yet they sometimes don't have the safety net to support them. Now they're getting advice and even inspiration from these older creators.

There are two channels I would like to highlight. Korea Grandma kicked off in 2017, when the granddaughter of the channel’s namesake decided to quit her job to spend more time with her grandmother after she was diagnosed with being high-risk for developing dementia. Since then, they have been uploading a lot of content, including a very popular video in which Korea Grandma reveals for the first time her secrets for how to live life. The second channel is Milanonna. She spent decades in the fashion industry and was a classmate of Domenico Dolce (of Dolce & Gabbana) when she was studying fashion in Italy. She mostly talks about fashion, but recently started a series where she gives advice in response to the questions that her subscribers submit. 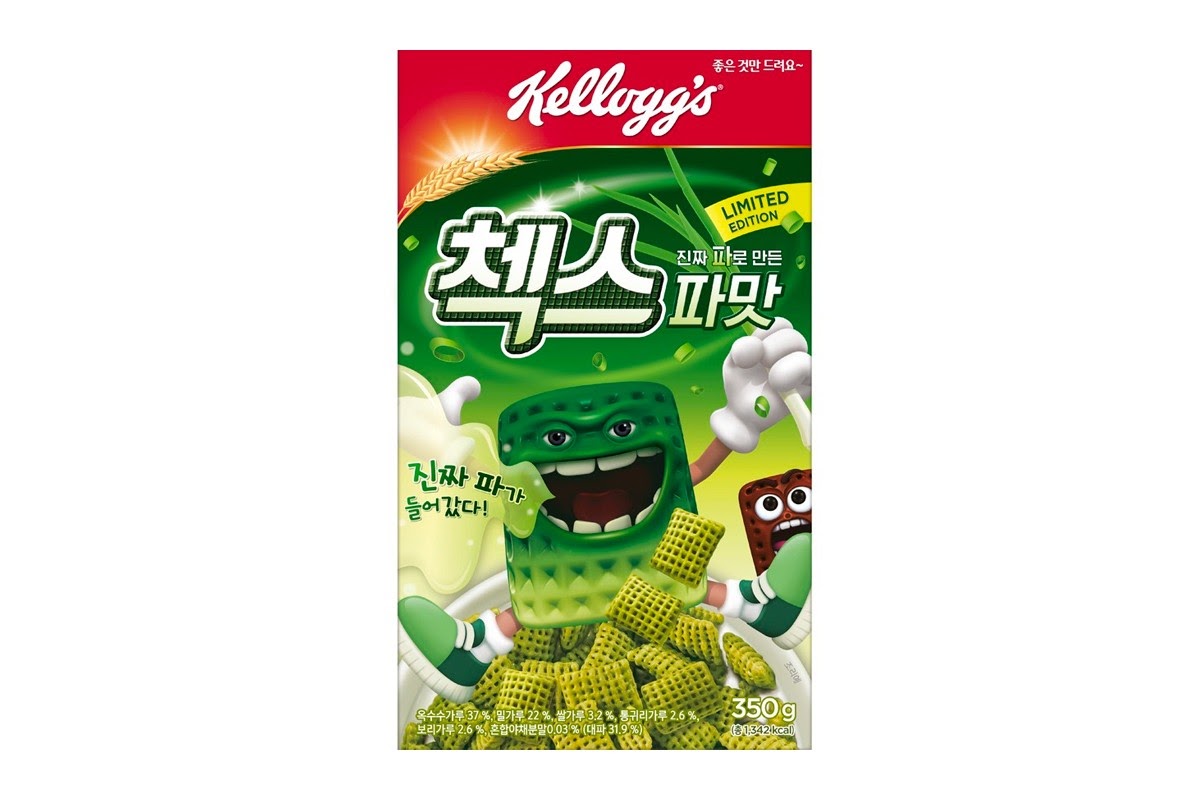 June was a special month in Korea with the release of Kellogg’s highly anticipated green onion-flavored Chex cereal. The videos around this event saw huge numbers of views. What types of content did creators come up with for the launch of this cereal?

Seungha: To understand this phenomenon, you have to go back to 2004, when Kellogg’s Korea launched a marketing campaign asking Korean consumers to vote for the next new flavor of Chex cereal: chocolate or green onion. They expected children to vote for chocolate, but votes for green onion surged after an adult online community, Humor University, cast multiple votes for green onion. Kellogg’s eventually invalidated duplicate votes for the green onion flavor and declared victory for the chocolate flavor. However, adult consumers did not accept this result and have been demanding that Kellogg’s release the green onion-flavored cereal for the last 16 years.

When the much-anticipated green onion-flavored Chex cereal was released by Kellogg’s Korea in June, Korean creators were quick to upload fun videos of themselves tasting the peculiar product. But pairing the green onion flavor with milk didn’t seem to be a good choice, so creators tried pairing the cereal with various soups, like chicken soup or beef bone soup, which are commonly enjoyed by Koreans, usually with slices of actual green onion. Some creators have also tried using the cereal instead of an actual green onion to make side dishes like kimchi or green onion pancakes.

The annual KCON event, which is one of the key K-pop festivals for fans, was cancelled earlier this year because of Covid-19, but we know nothing can stop K-pop. How did the K-pop world keep the music going?

Seungha: For the past several years, the Korean media company CJENM has hosted KCON, the largest K-pop festival in the world. In June of this year, CJENM hosted KCON:TACT 2020 SUMMER, the first-ever digital iteration of KCON on YouTube. The seven-day livestreaming event saw more than 4.8 million viewers tune in from 152 countries. After the festival, a behind-the-scenes look at the event featuring exclusive interviews with the artists was made into a YouTube Originals docuseries, KCON:TACT ALL-ACCESS, which was released in October. KCON:TACT also recently came back for its second season for 10 days, from October 16 to 25.

How has the pandemic impacted the world of K-pop with respect to the kind of music being written and performed, and are there any lessons for us?

Seungha: One example that comes immediately to mind is BTS’ “Dynamite.” The band actually heard the song earlier during the pandemic, but they were not planning to release any singles as they were already working on a studio album that is scheduled to be released at the end of the year. But when they heard the song, they thought its message was uplifting and could give hope to their fans who are stressed out from the pandemic, and the video has been a massive hit. I think K-pop stars are trying to find ways to give hope and joy to others during this time, and this is also something we should all strive to do in some way each and every day.